Procrastination, Thy Name is Evelyn 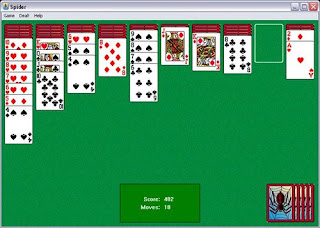 Let me rephrase that: thy name is the Northern half of Evelyn David.

I’m what is politely known as “between assignments” – or more bluntly, unemployed.

Last week I handed in the manuscript for my latest nonfiction project, The Everything Baby’s First Year Book. It will be published later this year. Loved the topic. There is a sweetness about even the virtual smell of a newborn – and it’s a lot easier to write about colic than to live through it. If anyone, however, doesn’t think I paid my dues, let me introduce exhibits A, B, and C – my sons, with whom I walked hundreds of miles in my living room as I desperately sought to comfort them during the colic era.

But, anyway, I should have, while hip deep in research on baby topics, also been immersed in a dozen other subjects so that I had book proposals for consideration already in the hands of editors. Ideally, there would have been a seamless handoff from one project to the next. Instead, I am breathlessly awaiting the greenlight on some fun book ideas – keep your fingers and toes crossed.

I do have several mystery projects already underway with the Southern half of Evelyn David. One is a short story that has a paranormal element and when it is not scaring the you know what out of me – I’m having the time of my life integrating ghosts and whodunits.

Or at least, I’m having fun thinking about a ghost with a serious cat allergy – but writing it, not so much. Instead, for every three sentences that I manage to eke out, I either do laundry, search for chicken recipes, or most brainless of all, play Spider Solitaire, which is my new online addiction.

I know writers who have removed all computer games from their hard drives; others who refuse to answer e-mail, talk on the phone, or go out to lunch until they’ve turned in their manuscripts. Of course, I also know people who can be offered a brownie and firmly turn it down – a concept that is absolutely foreign to my way of thinking.

But I think what I’m saying is that I lack self-discipline. In my defense, I’ve never missed a deadline and I’ve written 12 books, countless articles, and now, a weekly blog. But I need to find something to jumpstart me back into the fiction writing habit. The Southern half is threatening to send me an e-mail virus that destroys only computer games – and I’m half-tempted to encourage her to do so.

But before I delete Spider Solitaire from my computer – what’s the best score you’ve ever gotten – and are there any tricks to winning?

Shhhh – don’t tell anyone that I asked!