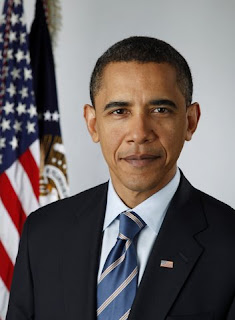 Tomorrow, at noon, Barack Obama will take the oath of office. He will swear, on the Lincoln Bible, to “faithfully execute the office of President of the United States, and will to the best of my ability, preserve, protect and defend the Constitution of the United States.” While it’s not part of the official oath, undoubtedly President Obama will add, following the tradition of George Washington, "so help me God."

I feel blessed to be witness to this moment in history. It is ironic that at a time when our country is at war on two fronts, when our economy is in dire straits, when the world is facing a global climate crisis – that I find myself more optimistic than I’ve been in a long time. I’m not crazy – or at least not more than usual. But whether you are a Democrat or Republican, a supporter of Hillary Clinton, John McCain, or Ron Paul – there is a sense that change is in the air. Even for those who disagree strongly with the new administration’s policies, there does seem to be a belief that we all must all work together because otherwise we are all doomed to failure. There is a quiet feeling that even while each of us worries about our own individual financial situation, that together “yes we can.” There is a sense of pride that young and old, rich and poor, White, Black, Latino, Native American, Asian-American – and people of every race, creed, and religion were energized in this election to take part, to be part of the solution, not just part of the problem.

I’m old enough and realistic enough to know that this honeymoon can’t last forever. That the differences that have been smoothed over or even ignored as we collectively struggle through these tough times, will undoubtedly resurface again. And perhaps that’s how it should be. But right now we need to ignore our differences while we concentrate on the problems we share.

So tomorrow, I’ll be glued to my television. I’ll hold my breath as President Obama and Vice-President Biden take their oaths of office. I might even shed a tear or two. Then I’ll grin as President and Mrs. Obama, perhaps even Malia and Sascha, walk proudly down Pennsylvania Avenue to the reviewing stands. You won’t see me in the crowds in DC, but I will be there, along with many of you, in spirit.