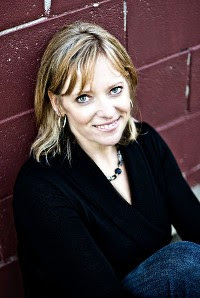 Misa Ramirez is the author of the Lola Cruz mystery series: Living the Vida Lola (January ’09) and Dead Girl Walking (2010) from St. Martin’s Press Minotaur. A former middle and high school teacher, and current CEO and CFO for La Familia Ramirez, this blonde-haired, green-eyed, proud to be Latina-by-Marriage girl loves following Lola on her many adventures. Whether it’s contemplating belly button piercings or visiting nudist resorts, she’s always up for the challenge. Misa is hard at work on a new women’s fiction novel, is published in Woman’s World Magazine and Romance Writers Report, and has a children’s book published.

The countdown is on...13 days until Living the Vida Lola, the first book in the Lola Cruz Mystery Series, hits the streets and I can hardly believe it. It has been such a long and winding road; so many times I thought I was living a pipe dream [still am, since just because the book will be out, there’s no guarantee that it’ll sell in great enough quantities to build a solid career, but I’m hoping!].

13 days until I hold my creation in my hands.

13 days until others see the books vibrant turquoise color and sassy figure of Lola.

13 days until...I start focusing on my current work in progress. Dead Girl Walking, the second book in the series, is already with my editor and in the editing stages.

The countdown is fun. It’s invigorating. We moved from California to Texas this year in part so that I could quite my day job of teaching to focus on writing full time, and here I am, less than two weeks away from seeing my first book in the flesh, so to speak. Having dedicated writing time is amazing, but what I’ve realized is that publishing this book is not a means to an end. It’s really only the beginning. The first baby step in the career I’m trying to build. I’ve got book signings lined up, I’ve got two release parties planned--one in California and one in Texas--and I’ve done blog tours and guest posts like this one. When you’re not already a bestseller and don’t have massive publishing dollars behind you paying for placement and ads, the future is uncertain and luck plays an awfully big part of it.

And so, while I’m still counting down the days, I’m turning my full attention to the third book in the series, Bare Naked Ladies. It’s part way done and so much fun to write [crime at a nudist resort, anyone?!]. I’m also going to continue to work on a new book that’s in progress tentatively called The Curandera and the Chain Tree, the first in a Curandera Mystery Series.

And, as if that’s not enough, I’ve also been contemplating a book and/or series for younger girls [8-10 years old], something my daughter would love to read. Just because I think it would be fun and I’d love to write something for her.

I have a lot coals in the fire, and am stretched thin at times, but I’m doing what I love. I am living the dream and it’s as good as I imagined it would be. So ¡Viva Lola! I hope you join me on the ride. :)

There’s a quote that goes something like: If you want something done, ask a busy person. What I’ve realized is that I need all the coals in the fire...it keeps me focused. The more free-time I have, the less attentive I am with the tasks I have to get done. Are you one of those busy people who, the less time you have, the more you actually get done?

Misa Ramirez
http://misaramirez.com/
Posted by Dea, Kia, Jake at 5:00 AM