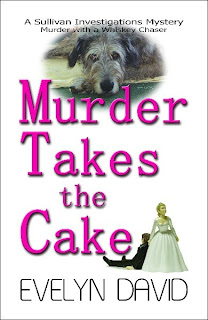 I once watched a wonderful British mini-series, full of galloping horses, lush landscapes, and inevitably, class wars. Poor orphan girl comes to the home of her rich, foul-humored uncle, and must decide if she loves her sensitive boy cousin, his swashbuckling wastrel brother, or the stable hand who is poor but sincere. Leaving aside the issue of whether marrying your first cousin is a good idea, I, of course, was rooting for the poor stable hand. To my delight, after much bosom heaving and weeping, she ends up with the guy with no money – which is okay because she has enough for them both.

I promptly went out and read the books on which this mini-series was based – and they were absolutely wonderful. A few years later I was delighted to discover a sequel to this saga. But to my horror, the author had decided that class will out. She broke up the marriage of rich girl, poor boy, so that the society b**ch could marry within her own class – her newly-reformed rich cousin. Ugh.

As defined in the dictionary, a sequel is “a literary work, film, etc. complete in itself but continuing a story begun in an earlier work.” So while I’m the first to agree that an author has the right to do whatever she wants, for me, this particular writer betrayed the basic premise of the first books. We had a deal: true love trumps fancy schmancy class distinctions. She broke faith with her readers (or at least this one). It’s as if Margaret Mitchell wrote a sequel to Gone with the Wind and had Scarlett subdivide Tara into a housing development of McMansions. Or Thomas Harris penned a sequel where Hannibal Lecter became a vegetarian.

I love reading mystery series. It’s like meeting up with old friends. I want to know what has happened since the last time we were together. While I want a complete story that can stand on its own, I want to recognize the characters I’ve grown to love. I have no problem with personal growth in the characters, but they have to retain the essence of who they are. I promise when you read Murder Takes the Cake (due in May 2009), that the delightful Mac Sullivan, Rachel Brenner, and Whiskey are all back in prime form.

What’s the best – and the worst – sequel you've ever read (or saw if it was a movie)?