Confession of a True Crime Writer 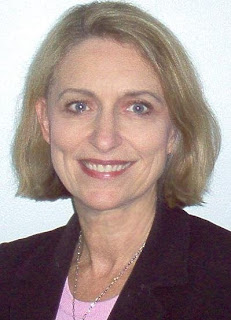 Phyllis Gobbell, co-author of An Unfinished Canvas (Berkley, 2007), is Assistant Professor of English at Nashville State Community College. She received the Tennessee Arts Commission Individual Artist Literary Award in 2006, and her portfolio is featured on Southern Artistry: www.southernartistry.org/Phyllis_Gobbell. Her new website will be up and running in a few weeks at http://www.phyllisgobbell.com/

I didn’t set out to write true crime. It seems I’ve written everything but true crime, as I examine my manuscripts on file:

· A multi-generational saga that fills a banker’s box. The word count is probably 500,000, but I’d have to count the words manually. I wrote it using an old Word Perfect program, on 5-inch floppies from the era of Magnum, P.I., so the chances of resurrecting my epic novel are next to zero.

· A “literary” novel, revised five times in fifteen years, pitched by four agents. It came so, so close, but . . . . Can you believe I’m writing a sequel?

· Another “literary” novel that is not as good - but I’m not ready to shred it.

· A collection of short stories, to which I add periodically. Actually, several of these have been published.

· A mystery. A woman traveling in Provence, an architect (I was married to one); a lovely little village; art theft, car chases through narrow, twisting streets; murder, romance - you get the drift. I thought my heroine would travel the world over, solving mysteries. I almost had a publisher for this one, too - but the small press folded.

· A collection of creative nonfiction pieces. The death of my mother, brother, and sister in a short period of time triggered these intensely personal writings, and in some ways, creative nonfiction has been the most successful for me. But I can do only so much of this.

· A collection of poetry written during the time my brother was dying. Some of the poems have been published individually, but I doubt this collection will ever go anywhere beyond the chapbooks I made for family members, and that’s OK.

· A children’s book about seatbelt safety, published when I had small children. (Those children now have babies of their own.)

· Two books from the same time period, published by a religious publisher.

Do you think I have a problem with focus?

Back to true crime and how An Unfinished Canvas came to be written. 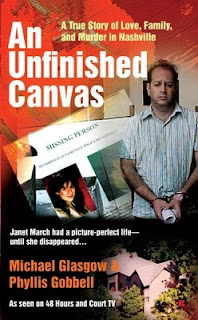 Two high-profile cold cases in Nashville were finally solved. The first involved the mysterious 1996 disappearance of Janet March, young mother and artist, married to a prominent lawyer, Perry March. Everyone believed Perry killed her, but there was no body, no sign of murder. Perry moved to Mexico and started a new life. Nine years after Janet’s disappearance, Perry was deported from Mexico and indicted for murder. After he went to jail, the plot took more twists and turns than a fiction writer could ever make up.

Another writer and I decided to put out feelers because we knew somebody would write about this fascinating case. We sent queries to three agents who immediately asked for more, so we wrote a book proposal. As we waited for responses, 48 Hours did an episode on the March case. Next day, we received a call. The agent had seen the show. I can imagine her digging our proposal from the bottom of a stack taller than I am. Timing isn’t everything, but it’s a lot. CNN and Court TV televised the trial, and we had a book deal shortly. My co-writer and I wrote our first true crime.

And about that second high-profile cold case - I’m working on it.

I might say the story chooses what it wants to be. There’s some truth there. But it’s probably more truthful to say I’m still trying to decide what kind of writer I want to be when I grow up.

Phyllis Gobbell
Posted by Dea, Kia, Jake at 5:00 AM