Lasting Fiction--7 Books That Matter Most to Me

I can’t recall when I wasn’t surrounded by books, even when my age was in single-digit years. I had a strict time for lights-out but always wanted to keep reading. One year someone gave me a small pin-on Santa. It lit up when I pulled a string dangling from Santa’s beard and provided enough light for reading under the covers. Fortunately, Santa’s battery lasted for months and months. This made me so happy, although it’s a miracle I didn’t ruin my eyesight.

These memories illustrate how important books have been for me, like, forever. I once told my mother that “books are my friends.” I felt silly saying it, but years later she recounted my words back to me. Both of my parents were great readers. Unusual for their generation—the Greatest—both graduated from college. My father continued his quest for learning throughout his life, while my mother devoted herself to fiction. 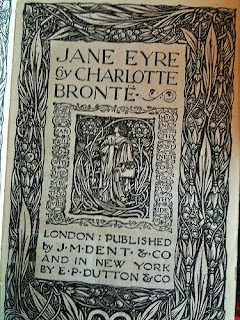 A few years ago, I came across my baby book, bound in pink leather. On one page, space was provided to answer this question: What was baby’s first statement about religion?
My mother filled in the answer: “At the age of two years, my daughter asked if Jesus went to college.”
Oh yes indeed, books and book learning were inculcated early in me.

Like many of us who are inveterate readers, I’ve encountered many favorite books over the years. I could probably rattle off one hundred right off the top of my head. Recently I attempted to winnow the list down to those that have stuck with me—those that left lasting memories—and boiled that list down to seven. Here are the first five, in the order that I read them:

Black Beauty by English author Anna Sewell, published 1877
Little Women by American author Louisa May Alcott, published 1868
Jane Eyre by Charlotte Bronte, published 1847
Anna Karenina by Russian author Leo Tolstoy, published 1878
Tinker Tailor Soldier Spy by British author John le Carré, published 1974
Each of these novels I've read at least three times, with the exception of Anna Karenina, read only twice. (After all, it is by far the longest on my list.) Since I adhere to the motto of “so many books so little time,” I rarely reread anything. These five stand out because I devoured each of them many times. And even today, when paging through them, I stop at passages that astonish me. The words leap off the pages and seem to shout, “See. See. THIS is why I grabbed you and will never release you from my clutches. You STILL believe in these things.”


Horse crazy as a young girl, I read many books about horses, but only Black Beauty had staying power. Its message of kindness to all creatures great and small was important in my grade school years. The American classic of Little Women gave me a heroine named Jo March with whom I could relate. Not her three sisters—they were too sweet or dazzling or bossy. Then around age eleven, the adventurous Gothic romance of Jane Eyre swept me away.  I never looked for my own Heathcliff—oh no, not him—but searched instead for my own Mr. Rochester. And I found him, dear reader, I found him.
To prepare for my SAT exams and for college, I read classic literary novels in high school. I tried Anna Karenina then but could not get past the first twenty pages. In my twenties I tried again, and that time it took. I also read the great War and Peace, and it was almost a toss-up for which I loved more, but poor Anna with her sad tale won out. For anyone who has never read Tolstoy, I recommend that you begin with something short to see if his precision writing draws you in. Try The Death of Ivan Ilyich, a novella considered a masterpiece of Tolstoy’s late fiction. What the author sees, understands, and describes is sheer brilliance, even in translation.
The only contemporary novel of my first five is my favorite spy story of all time, by my favorite living author, John le Carré. On first reading I could scarcely understand it. There were too many code words and triple dealing and nothing was as it seemed. I couldn’t even understand the ending—I was that confused. When I reread it a year later, then I began to “get it.” The depth of deception on both political and personal levels was astounding, and the puzzles were dazzling. I have read le Carré’s  masterwork several more times for sheer pleasure.
All five of these works I watch again and again as new versions come out for the screen. I am particularly picky when I watch Jane Eyre. No actress ever lives up to my vision of the heroine, although there are some darned good Rochester’s, mind you. Conversely, actresses who play the role of Anna Karenina have never disappointed me. Well, let’s face it. My favorite book, ever, is Jane Eyre, and nothing can compete on the screen with what I see in my own imagination.
Finally, in a somewhat different category are books six and seven. These are seminal works—ones that contain the seeds of later development. My own later development, to be exact. One inspired me to try writing for the first time, and much, much later the other encouraged me to write historical mysteries. These two are
“A Visit from St. Nicholas” by American academic Clement Moore, first published anonymously in the Troy, New York Sentinel on December 23, 1823, and
Maisie Dobbs by British author Jacqueline Winspear, published in 2003.
Even when I could read, my grandfather read the beloved Christmas poem to me every holiday season. When we weren’t together, he read it to me over the phone. To this day I love its language and can recall most of its lines. When I was seven, I wrote and illustrated my own version, paying special care to decorate the opening line, “Twas the night before Christmas when all through the house….” Then for decades I proceeded to write and write and write some more, but none of it was fiction. Instead I wrote a graduate thesis and then media releases, annual reports, and the like for corporations and educational institutions during my PR career. While I sometimes longed to write novels, I didn’t think I had anything worthwhile to say. Finally in 1998, I began my first attempt, empowered by a seminar for women leaders in Texas.
While that completed manuscript will stay hidden in a drawer forever, my next effort was successfully published. My historical mystery, Desolation Row, was directly inspired by Winspear’s Maisie Dobbs. That debut book in her mystery series contains the critical elements I now try to incorporate in my own mysteries—a tough yet tender female sleuth, an exciting period of history for the setting, and crimes committed out of deep personal anguish. . . . So, now that I've told you about the books that have lasted for me, do you know which ones did that for you? Please do share your comments below. I would love to know.
~~~~~~~