Movie or Book? Which Kind of Imagination Do You Have? 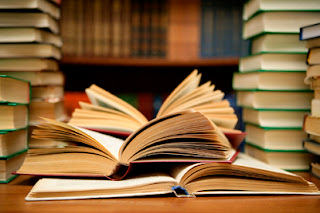 Hi! My name is Linda, and I am a bookworm. I'm the kid who constantly heard "Get your nose out of that book!" and "You're deaf, dumb, and blind when you've got your nose in a book!" I was the kid who carried extra books to school beyond all the heavy required texts. I'm the kid who read ahead in the reading books to get to the end of the story.

Now, as an adult, I open a good novel at my family's and my to-do list's risk. I will disappear into the world of the book. My kids call it "Scorpio-ing." (I'm a Scorpio, and that sign is noted for its powers of concentration.) My youngest son has been known to jump up and down in front of his book-immersed mother, flapping his arms, to demonstrate to visiting friends how weird I am--though he and his sister inherited that ability to be swept up in an enthralling novel's world.
When I'm reading a good novel--classic, literary, mystery, science fiction, fantasy, makes no difference--the author's world and the people in it come alive for me, and I am living the book's story with them. I am experiencing that world and that story in a visceral way that is sometimes more real than the way I experience the quite-wonderful world of my daily life. I suspect I developed this ability as a survival mechanism in my dire childhood (which made "Mommie, Dearest" look like a fairy tale). Pouring myself into the book I was reading and the world it created in my imagination allowed me escape from some very scary times for a little kid. Novels kept me sane and allowed me to know there were many other ways of living in the world beyond the one in which I was currently caught.
That ability to live within the story I'm reading has served me well, though. It brought me whole, if scarred, from the kind of childhood that routinely tosses people into drug addiction, crime, mental illness, and suicide. It turned me into a writer at a young age. It allows me to experience my own stories while I'm spinning them in that same real way. 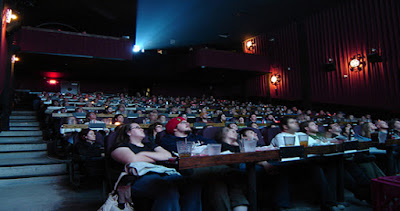 I enjoy movies, as well, but I have to say, no movie has ever given me that same total immersion into a different reality that a book does.I think that's because watching movies and television is passive while reading a book is active, drawing your whole brain into a co-creation of the world and people of the book. My oldest son can't do this. He's totally a movie person. His brain is wired a different way, very analytical, a whizz at math and computers where he makes much more money than all of the rest of us combined. So I know this isn't a given for everyone. I think it's a function of the type of imagination we are born with.

When I have had injuries and illnesses involving great pain and discomfort, reading novels has sometimes been the only way for me to gain some relief. For the hours I am caught up in the book's world and away from the pain troubling my body. I am living elsewhere and involved with other things. Mysteries and fantasy novels have helped me get through miserable nights when no medicine that I could take would do it for me and the equally great pain of grief. The Lord of the Rings movies are wonderful, and I love them, but they don't take me out of myself in the same way as the original books do.

What about you? When you want to wander in a new story's world or seek relief from emotional or physical stress, do you turn to movies or to books? When you read your books, do you become completely involved in the story's world? 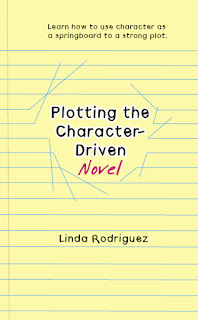 Posted by Linda Rodriguez at 1:08 AM