I have been reading comments on stories about Trump's outrageous lie over the weekend that Obama had Trump Tower wire-tapped and here is how it seems to go: Trump wouldn't have said it if he didn't think it was true, which means there is proof of it, and we need an investigation to find that proof - of the thing there currently is no proof of.

This is very different than the stories about Trump's ties to Russia where journalists are pointing out facts - all these people tied to Trump talked to the Russian ambassador and other folks at these times, while these other things were happening, and these particular Trump aligned folks then lied about it.

A real story starts with facts and sees where they lead, and a real journalist lets the facts create the theory. 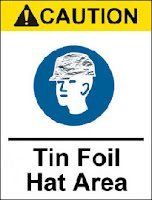 A conspiracy theorist starts with a theory, and then insists there must be proof of it, and any failure to find the proof just proves how powerful the people responsible for the conspiracy are. In selling a conspiracy theory, facts are irrelevant, and fear and outrage are all that matter.

This is how you can tell fake news from real news: did it start with facts, or with theory? Is someone drawing conclusions for you, or letting you draw your own? Is there a clear line of events you can trace, or a corkscrew of situations that only add up to something if you follow a particular twisty path?

And, as always, follow the money. Find the motivation. Not a secret motivation that only makes sense if you're a Bond villain or part of the MCU, but a real, human motivation like, I dunno - protecting your known and unknown financial ties to a foreign country.

Take any particular bias you have against the people involved in a story out of the equation, and ask yourself: does this make sense?

That's the beauty of logic - it's not interested in what we want to be true, but in finding out what actually is.

The horror of conspiracy theories is that they are only interested in what you (and your biases) want to be true, and never care about - or can find any tangible connection to - what is actually true. They only make sense through the lens of bias. They justify prejudice and hatred, and in fact only exist to serve that purpose.

The solution to fake news isn't more facts. What researchers know is that facts don't change minds, and in fact, there have been some studies that show that being presented with new facts can actually make someone double-down on their prior (often irrational) belief. If you want to get rid of fake news, you have to first attack the thing that makes people want to believe in it in the first place: prejudice. 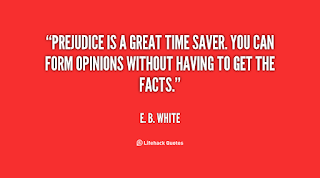 My first training on bias and prejudice was when I was studying journalism as an undergrad. Journalists are trained to try to be as objective as possible. How?

This is what ethical journalists do, every day. If you want to learn to consume media the same way the best journalists report it, you have to start in the same place as journalists do - by identifying and moving past your own prejudices. And if you want to convince someone else that what they are reading is fake news, you have to first convince them that they have ulterior motives for believing it --  you have to convince them that they are reading through the lens of prejudice. Only once they recognize WHY they are so willing to believe the story -- why they will believe anything of someone they hate or a group they know little about (and often fear) -- then they can start to see the facts from a more objective point of view. Maybe they'll even be convinced. 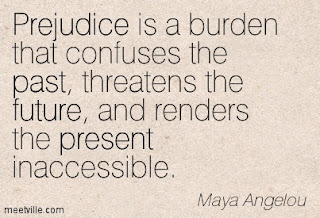