Not too long ago, an author friend and I sat down for lunch. He was kind enough to tell me about the book he was working on. A book about war and his heroine's descent into evil.

He finished speaking and looked at me expectantly.

I sat in stunned silence.

I stalled with a sip of water then said, "It doesn't sound very redemptive."

His lip curled into a slight sneer. "It's not redemptive. There's nothing redemptive about war."

I was too busy enjoying my shrimp, grapefruit, and avocado salad to argue that there might not be anything redemptive in war, but there should be in fiction.

It's a conversation I've thought of often. I do not have an MFA. I do not write literary fiction. I do write to promote a political agenda. I write to entertain.

And to me, part of being entertained is an ending that keeps the story's promise. If it's a mystery, the murdered will be caught. If it's a romance, the two star-crossed lovers will find happiness. If it's historical fiction, the protagonist will learn and grow against an interesting backdrop.

Can I tell you a secret? I didn't like Gone Girl. Not one bit. Why? SPOILER!!! Because for all that Nick goes through, he is not redeemed. His life is going to be awful. Maybe worse than when the book began. Gillian Flynn writes an engaging novel but to my mind, the ending broke its promise with its readers.

A reader who picks up a Country Club Murder knows Ellison will find a body (or two). They also know that Ellison will have to deal with her difficult Mother and a host of other problems as she struggles to unmask the killer. Finally, they know that at the end of the book, the murderer will be revealed and order will be restored (until Ellison finds the next body--but that's another book).

It's a story promise I vow to keep. 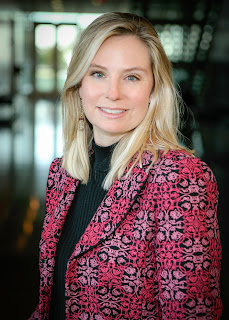 Her latest book, Watching the Detectives, releases May 23.

Email ThisBlogThis!Share to TwitterShare to FacebookShare to Pinterest
Labels: mystery