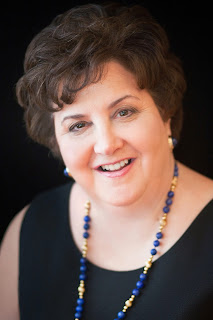 Fun – Freedom – Frolic are all things children experience when they attend summer camp.  I recently had these same experiences plus a constant writing high when I spent ten days as a student at the Iowa Summer Writing Festival. Everyday responsibilities and obligations faded and were forgotten while I took classes in setting, conflict, and characterization in genre.

The courses combined limited lectures, writing assignments, and critical workshopping. What was probably the most surprising thing is that as much as I learned from my three excellent teachers, I can’t even begin to explain how much I benefited from hearing my work and that of my fellow students evaluated by my teachers and classmates. Their critiques were kind, but nothing was sugarcoated.

Considering how writers often are often upset by bad Amazon or Goodreads reviews, one would think constant writing exercises and critiques would be demoralizing, but they weren’t.  Rather, they were invigorating.  The combination of learning, translating new knowledge into writing, and being given the tools to improve our work product was exciting.

During the ten days I was in Iowa (which really is flat), I was thrilled Kings River Life published my short story, Exotic, ( http://kingsriverlife.com/07/04/exotic-a-mystery-story/ ), Bethlehem Writers Roundtable informed me that its September/October 2015 issues will contain my short story, That’s Where I Buried My Wives, and Five Star sent me the first jpeg cover of my new book, Should Have Played Poker: a Carrie Martin and the Mah Jongg Players Mystery (coming February 2016).  By the time I finished my three workshops, I realized that the goal of learning was accomplished but better yet, I came up with new pieces - a few of which I bet will find homes in the next year.  Not a bad result from going to camp.