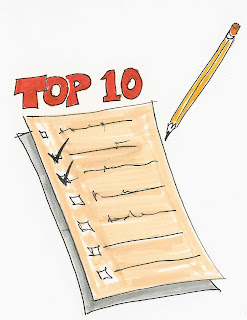 I’m a big believer in using all the help technology and professional writing books and programs can give me in writing. I’ve tried using all kinds of workbooks, charts, and forms in working on a novel. I’m even exploring Scrivener-type software programs for use in writing my next book. I’m hardly on the cutting edge, but I’m also not one of the “if it was good enough for Hemingway, it’s good enough for me” types. Still, sometimes we look around and find simple everyday solutions to our problems, and it would be silly not to take advantage of them.

These lists tripled in value when I started the second book in the series and now the third. No one will have brown eyes in the first novel and baby-blues in one of the later books. Old Central, the 19th century castle-like mansion on the Chouteau University campus, will not morph into a 1960s Bauhaus box of a building.

After going through my lists of hundreds of big to tiny fixes and changes to make, and either making them (most) or listing by scene where in the book to make the fix (for major issues), I sit down to wrestle with 5-15 major problems from almost but not quite minor to huge and complex. This final list is my guideline through the swamps of revision. The issues on this list require changes that thread throughout part or all of the book. Trying to do them all at once or even to keep them in my mind all at the same time would bog me down—perhaps forever. Listing them and working my way one item at a time through that list helps me to keep my focus even while dealing with very complex situations that must be woven in and out through the length of the novel.

REPLIES TO COMMENTS (because Blogger hates me):
Sparkle Abbey, don't you find lists really help you juggle in your mind all those layers and levels that come into writing?

Kay, keep your lists on the computer in the same folder as your drafts of the book, and then you won't have to worry about losing them.

Marjorie, see my suggestion to Kay above.

Debra, I usually keep my lists, though I often use Word's cross-through feature to show myself that I've taken care of that item. This helps with revision and with series continuity, and I've found it very useful when teaching. I give my students samples of actual documents I used in writing my books, so they can see how the process works. As to the list of illnesses, etc., from your mouth to G-d's ear.

Marilyn, yes, I think the lists carried over from my daily life and running a household into writing a book.
Posted by Linda Rodriguez at 11:59 AM