Things Aren't What They Used to Be 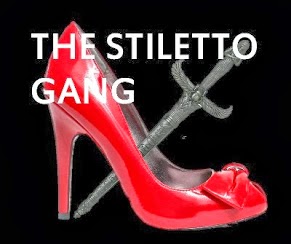 Things Aren’t What They Used to Be by Debra H. Goldstein

I am a dinosaur.  The signs have been there for awhile – my friends are talking about or getting plastic surgery, cruise brochures are more exciting than the ones we looked at when we booked a trip to climb The Great Wall of China eight years ago, and I know what writers are talking about when they refer to the day they traded in their Royal or Olympia typewriters for an electric Smith Corona (remember the hard-shell case?).  More importantly, somewhere in the last few years I opted to work with a trainer so that I can stay fit without injuring myself.

My trainer is the one who brought my age home to me.  I was making my usual jokes about not being quite as flexible and he was giving me his usual assurances that I was doing fine even if I can’t touch my toes, do ups and downs, or hold a plank position for more than a few seconds. “I’ve never been much of an athlete.  In fact, in gym class or team sports, I was the kid everyone wanted to make captain so I wouldn’t actually bring the team down with my athletic prowess and because I could figure out and effectively utilize everyone else’s strengths and weaknesses so we usually won.”

The trainer smiled and tapped his head.  “Intellect,” he said.  “Very important.”  I agreed.
“That’s what Jeopardy players have and I enjoy watching the show everyday when I’m on the treadmill.  I understand those players go through a whole set of tests.”

“You met Alex Trebeck?  I think he’s fantastic!  What was he really like?”

“Actually, Art Fleming was the host when I did the show.”

“The original host of Jeopardy.”

My trainer looked at me as if I had lost my mind and then I realized where the disconnect was coming from.  “I was on the show in 1974.”

I got it.  He’ll never know who Art Fleming, Smith Corona, or probably even John F. Kennedy was. It’s a shame.

Posted by The Stiletto Gang at 5:30 AM