by: Joelle Charbonneau
Last Friday was the three year anniversary of my father’s passing. That day and the events that followed feel as though they happened a decade or more ago. And yet, it feels like only yesterday that I talked to him.
I miss our talks. We didn’t talk about anything particularly deep or earth

shattering. He was my first phone call if I had a problem with a 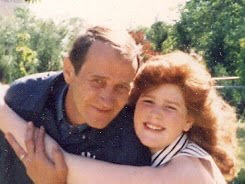 faucet, a window screen or a water heater. He might not know how to fix it himself, but he always had a guy who did know.


Dad and I also talked about sports. Baseball, basketball, football, golf. Dad loved them all. Every March we filled out our NCAA brackets and compared notes of the various teams in the tournament. During the opening days of the field of 64, Dad and I would call each other to report upsets or exciting moments. I haven’t filled out a bracket sheet since he died.
My father was always proud of me no matter what I did. He wasn’t always the biggest fan of theater, but he came to all of my shows. While I’ll never know if he would have read my books (the first one went under contract 9 months after he died), I am certain he would have told anyone and everyone that they were the best books ever. As far as cheerleaders go, Dad was one of the best.
Of course, like anyone, Dad had his less than perfect moments. I’ve heard people say that the longer someone is gone, the more the survivors tend to remember only the good things about that person. The other stuff fades. I guess I’m not most people because the longer my father is gone, the more I want to remember the stuff that used to annoy me. Without that stuff, Dad wouldn’t have been Dad. 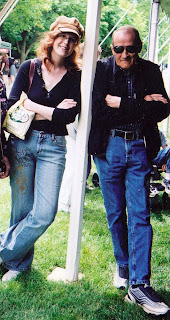 Dad wasn’t always the easiest to get along with. (Not that I am, but that is another story for another day.) He was stubborn. When he got mad he never told you why he was upset. Instead, he stopped talking all together. And he always had a list of things that needed to get done no matter what plans anyone else in the house might have. We used to get so frustrated when my father nixed doing something fun on the weekend because he had to paint the gutters, wax the car, mow the lawn or any number of other things that could have technically waited until tomorrow. For my father, tomorrow was never soon enough.
Like the best characters in our books, my father had flaws. Without those flaws our family might have spent more time going to the movies or on vacation, but those flaws made him who he was. At time those flaws made me want to tear out my hair, but now, thinking about them makes me smile. When I write, I try to remember that it is the flaws that often make a character relatable and endearing. The things that irritate the other characters around them are the things that make the reader laugh or nod their head in understanding. How many times have you found yourself reading something and think, “Yeah, my mom does that.” or “That sounds just like my Aunt Edna.” No one is perfect. Not in real life or on the page. If they were – well that would just be boring.

So in honor of my dad, I thought today would be a great day to remember both the wonderful things and the flaws about the people we miss the most. Let’s share the moments that made them the people that we loved. Together we will all smile and more important we will all remember.
Posted by The Stiletto Gang at 2:00 AM