Why 'Google' Isn't a Synonym for 'Research' 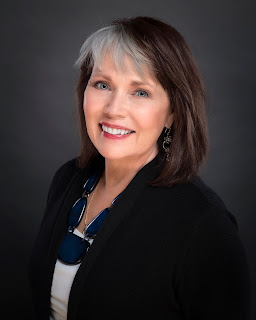 WHY ‘GOOGLE’ ISN’T A SYNONYM FOR ‘RESEARCH’ by Connie Berry

The quote about Google and research belongs to author Dan Brown, who himself undoubtedly spent days, weeks, months researching his complicated thrillers and was accused (but not convicted) of lifting information from books, journals, and blogs written by others which were available online. So, what was he talking about? There’s so much information on the web. Isn’t Googling information a good way to research a book in this day and age?

We all know research can be a black hole, sucking up precious time while deceiving us into thinking we’re accomplishing something. That’s one problem. The bigger problem for me is deciding how much of that fascinating research to include in the book. Here’s an example from my brand-new mystery, The Shadow of Memory.

When my characters travel from one location to another, I ask questions. What kind of terrain will they encounter at that time of year? Are there any landmarks or unusual features that will capture their attention? Since I can’t always be in the UK, I have Google Earth. Which leads to Wikipedia and all 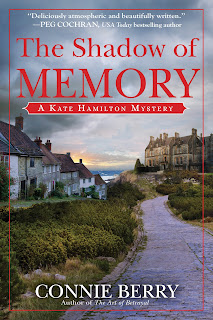 sorts of information connected with my story. While researching Vivian Bunn and Kate’s drive from Long Barston to the fictional village of Upford, for example, I happened upon the quaintly named “crinkle-crankle walls,” typical of East Anglia. I was captivated.

In an early draft of the novel, Vivian Bunn is reading to Kate about local history as they drive:

“It says there’s no market in Upford anymore,” Vivian said. She was reading something

on my cell phone again. “Their claim to fame is a crinkle-crankle wall running along the main north-south road—smaller than the more famous one at Easton but just as picturesque.” She looked up. “I’ve seen the one at Easton.”

“What does crinkle-crankle mean?”

“Let’s find out.” She peered at my phone screen. “A crinkle-crankle wall is an unusual type of serpentine garden wall found mostly in East Anglia and especially in Suffolk. The walls began appearing in the seventeenth century when Dutch engineers were draining the fens. Because of their stability, they were especially well suited to the soggy, unstable ground. Sometimes as many as fifty bricks high, they actually require fewer bricks than a straight wall—Really? I wouldn’t have thought that—because a wavy wall can be built one-brick thick whereas a straight wall needs at least two layers of bricks. The American president Thomas Jefferson incorporated serpentine walls into the architecture of the University of Virginia, which he founded in— Look!” She screeched so suddenly I nearly veered off the road. “There it is.”

Sure enough—a sinuous red-brick wall snaked along the road on our right. We were so taken by the sight, we almost missed the turning toward the village center.

Yes, I was beguiled by my research. No, crinkle-crankle walls had absolutely nothing to do with the story. They needed to go. Here’s the final version:

The address we’d found for the Beaufoys—Wren Cottage, 27 Bramble Walk—led us to

the east side of the market town of Upford, close to the Essex border. A sinuous red-brick

wall snaked along the road on the right. We were so taken by the sight, we almost missed

the turning toward the village center.

The problem with research-by-Google is too much information and the temptation to include it in the book. I’ve learned my lesson. Now, when I’m tempted to chuck in that captivating bit of research, I ask myself four questions:

1. Is this information necessary to orient the reader in the scene?

2. Does it draw the reader in emotionally or viscerally so she is experiencing the scene along

3. Does the information move the plot forward in any way?

4. Does it reveal anything significant about the characters?

What is the most interesting piece of information you’ve ever found while researching a book?

Did it make it into the finished manuscript, or did you end up cutting it out?

Connie Berry writes the Kate Hamilton Mysteries, set in the UK and featuring an American antiques dealer with a gift for solving crimes. She was raised by antiques dealers who instilled in her a passion for history, fine art, and travel. Her debut novel won an IPPY Gold and was an Agatha Award finalist. Connie is a member of MWA, CWA, and SinC. She loves history, foreign travel, cute animals, and all things British.