A DAY OF MAY RELEASES 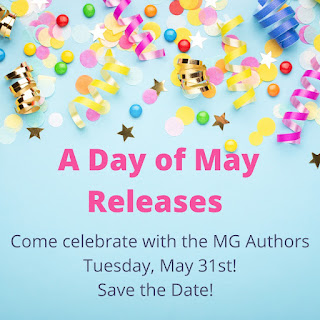 Happy Monday, everyone!  Along with Stiletto Gang, which I'm pleased to belong to, I'm on a Facebook group with several romantic suspense, paranormal romantic suspense, and mainstream suspense authors. After pouring our hearts and souls into a novel, promotion is one of those pesky details we authors do, lest no one learns anything about our latest creations. Addressing this problem, Author Sharon Wray (one of my Golden Heart sisters) and I brainstormed a possible solution. What if we came up with a promotions galore strategy and focused on a DAY OF May Releases.

And that's what we did! If you're on Facebook YOU'RE INVITED to subscribe to the MIDNIGHT GARDEN READERS GROUP https://www.facebook.com/groups/midnightgarden/ to help us celebrate. (Who knows there might be giveaways) !!! 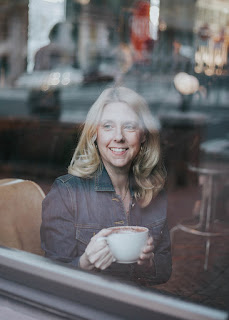 Since this is Sharon's brainstorm, I thought I'd tell you about this talented author's exciting May 17th release (available for preorder):

Is love worth risking everything for?

Rose Guthrie, a reluctant erotic dancer, hasn’t trusted anyone since her parents’ death. Yet, to make money for her brother’s heart transplant, she agrees to deliver a sealed box to a mysterious buyer. Until the box—and the seller—disappear. Not surprised by the betrayal, her situation becomes more dangerous when she learns that two brutal arms dealers also want the box and are willing to kill everyone she loves for it. With one clue left, she breaks into Doom—Savannah’s violent, illegal fight club. Unfortunately, Doom’s referee—the sexy, ex-Army Ranger, Kade Dolan—stands in her way. Although she harbors a secret attraction to Kade, she can’t let him stop her. If she doesn’t deliver the box on time, she’ll lose everything. Including her own life. 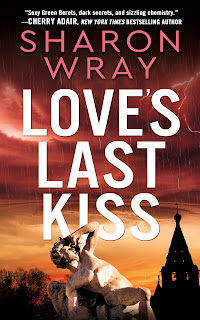 himself either. Why? Because he lies to everyone about everything, including his time in Leavenworth and his job as an illegal fight club referee. Then there are his two side gigs. The first as an informant for the Prince, the leader of a secret, two-thousand-year-old private army. The second, loving from afar the beautiful, secretive Rose Guthrie. After the Prince discovers Rose is the courier of a lost 18th century artifact, he orders Kade to help her find the box before their greatest enemy does. If they succeed, Kade must return it to the Prince. If they fail, Kade must kill her.

Betrayal or death. When faced with an impossible choice, Kade can’t lie anymore, at least not when it comes to what he’s about to do the woman he loves. But when Rose uncovers Kade’s lies, they learn a terrible truth—the 18th century box holds a secret far deadlier than they imagined. A secret that could destroy them all.

Sharon, a Jersey girl who landed in Virginia, is a chemical & patent librarian who once studied dress design in the couture houses of Paris… and worked as a Red Cross caseworker in South Korea. Because it took her forever to decide what she wanted to do when she grew up, she now writes romance and women’s fiction novels filled with suspense, adventure, and love.

Her bestselling Deadly Force romantic suspense series is set in a world with scary assassins who bow before killing, sexy Green Berets seeking redemption, and smart, sassy heroines who save them all. It’s also a world where, since Sharon is slow and clumsy, her chances of making it out alive would be slim.

She also writes small-town contemporary romances, gothic romantic mysteries set in the sultry south, and Christmas stories. Because nothing brings out the romantic feels more than stories set during the holidays.

Army wife, mother of twins, and caretaker of rescue dogs, she’s repped by Deidre Knight and Kristy Hunter of The Knight Agency.

Follow her on Social Media to keep up with new releases, sales, and giveaways.

Midnight in the Garden FB Group

So there you go. And while Sharon has romantic suspense covered, I'm targeting readers who  prefer mystery, suspense, and thrillers.  Releases 5/31, review now on NetGalley, and available for preorder: 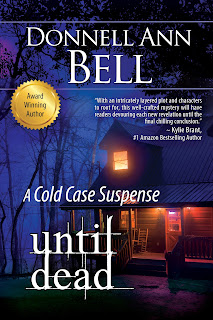 When Lt. Everett T. Pope is notified of an explosion in downtown Denver close to the judicial buildings, his first instinct is gas leak. No such luck. As Incident Command and Pope's own Major Crimes unit move in, he discovers he knows the intended victims—an Assistant U. S. Attorney—and Pope’s former partner, now a private investigator, has died shielding the injured AUSA with his body.

As ATF and the FBI take over investigating the bombing and unraveling motives behind the murder attempt, Pope is relegated to a peripheral role. But the injured AUSA's aunt is a United States senator used to getting results. She turns to the team that solved the Black Pearl Killer murders with a very big ask—find her answers and locate the bomber.

FBI Special Agent Brian DiPietro must recall his entire cold case team from their far-flung assignments knowing he's being asked to do the impossible. The senator, however, doesn’t know the meaning of the word. All too soon, DiPietro finds his team working alongside ATF on a red-hot mission.  One that uncovers a decades' old cold case.

Hope you'll join us on May 31st, for a day of May releases!

Posted by Donnell Ann Bell at 8:30 AM