All you have to do is register at this link, then click through to the Crowdcast link to save your spot.

Today, Monday, July 20, 2020, is the last day to register! You don't want to miss this fabulous program hosted by Dana Kaye with books available through Jill Hendrix's Fiction Addiction Bookstore in Greenville, S.C. 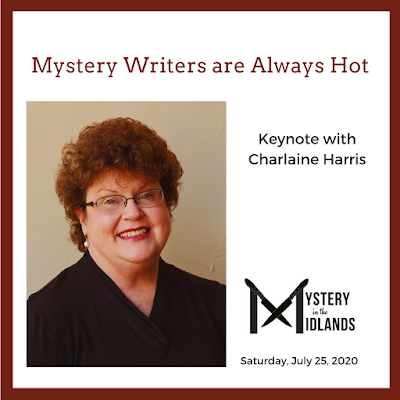 Here's some information about our fabulous authors:


Charlaine Harris is a true daughter of the South. She was born in Mississippi and has lived in Tennessee, South Carolina, Arkansas, and Texas. After years of dabbling with poetry, plays, and essays, her career as a novelist began when her husband invited her to write full time. Her first book, Sweet and Deadly, appeared in 1981. When Charlaine’s career as a mystery writer began to falter, she decided to write a cross-genre book that would appeal to fans of mystery, science fiction, romance, and suspense. She could not have anticipated the huge surge of reader interest in the adventures of a barmaid in Louisiana, or the fact that Alan Ball would come knocking at her door. Since then, Charlaine’s novels have been adapted for several other television series, with two in development now. Charlaine is a voracious reader. She has one husband, three children, two grandchilden, and two rescue dogs. She leads a busy life.
www.charlaineharris.com

John M. Floyd’s short fiction has appeared in Alfred Hitchcock Mystery Magazine, Ellery Queen Mystery Magazine, The Strand Magazine, The Saturday Evening Post, and many other publications. Three of his stories have been selected for the annual Best American Mystery Stories anthology (the 2015, 2018, and 2020 editions) and another was recently optioned for film. A former Air Force captain and IBM systems engineer, John is also an Edgar nominee, a four-time Derringer Award winner, a three-time Pushcart Prize nominee, a recipient of the Edward D. Hoch Memorial Golden Derringer Award for lifetime achievement, and the author of eight books. He and his wife Carolyn live in Mississippi.
http://www.johnmfloyd.com/

Tara Laskowski’s debut novel, One Night Gone, won the 2019 Agatha Award for Best First Novel and was a finalist for the Mary Higgins Clark, Anthony, Macavity, and Lefty Awards. It was hailed by Tana French as “a subtly but relentlessly unsettling novel.” Tara is also the author of two short story collections, Modern Manners for Your Inner Demons and Bystanders, which The Guardian named a best book of 2017. She has had stories published in Alfred Hitchcock and Ellery Queen’s Mystery Magazines and has won both an Agatha Award and a Thriller Award for her short fiction. She was a longtime editor of the flash fiction journal SmokeLong Quarterly. Tara earned a BA in English from Susquehanna University and an MFA from George Mason University and lives in Northern Virginia with her husband, writer Art Taylor, and their son, Dashiell.
https://taralaskowski.com/

Art Taylor is the author of the story collection The Boy Detective & The Summer of ’74 and Other Tales of Suspense and of the novel in stories On the Road with Del & Louise, winner of the Agatha Award for Best First Novel. He won the 2019 Edgar Award for Best Short Story for "English 398: Fiction Workshop," originally published in Ellery Queen's Mystery Magazine, and he has won three additional Agatha Awards, an Anthony Award, three Macavity Awards, and three consecutive Derringer Awards for his short fiction. He is an associate professor of English at George Mason University.
https://arttaylorwriter.com/

Virginia native, physician by training, author by passion, Alexia Gordon writes the award-winning Gethsemane Brown Mysteries, with Book 5, Execution in E, being released March 24, 2020. She is a member of MWA, SinC, ITW, and CWoC; blogs at Missdemeanors.com and with the Femmes Fatales (femmesfatales.typepad.com/my_weblog/); and hosts the podcast, The Cozy Corner with Alexia Gordon. Find her on social media (Facebook: AlexiaGordon.writer, Twitter: @AlexiaGordon, Instagram: DrLex1995) and visit her website (www.alexiagordon.net) to sign up for her newsletter.

Toni L.P. Kelner/Leigh Perry is two authors in one. As Leigh Perry, she writes the Family Skeleton Mysteries. The sixth, The Skeleton Stuffs a Stocking, was released in Fall 2019. As Toni L.P. Kelner, she wrote eight novels in the Laura Fleming mystery series and three “Where Are They Now?” mysteries. Kelner also co-edited seven urban fantasy anthologies with New Your Times best-seller Charlaine Harris. Under both names she writes short fiction, including recent publications in Ellery Queen Mystery Magazine and a forthcoming story in Shattering Glass. Kelner has won the Agatha Award and an RT BookClub Lifetime Achievement Award and has been nominated multiple times for the Anthony, the Macavity, and the Derringer.
http://tonilpkelner.com/

Gigi Pandian is a USA Today bestselling and Agatha Award-winning mystery author, breast cancer survivor, and accidental almost-vegan. The child of anthropologists from New Mexico and the southern tip of India, she spent her childhood traveling around the world on their research trips, and now lives in California with her husband and a gargoyle who watches over the garden. Gigi writes the Jaya Jones Treasure Hunt mysteries, Accidental Alchemist mysteries, and locked-room mystery short stories.
www.gigipandian.com

Dana Cameron writes across many genres, but especially crime and speculative fiction. Her work, inspired by her career in archaeology, has won multiple Anthony, Agatha, and Macavity Awards, and has been nominated for the Edgar Award. Dana's Emma Fielding archaeology mysteries were optioned by Muse Entertainment; the third movie, based on More Bitter Than Death, will premier on the Hallmark Movie & Mystery Channel in January, 2019. When she's not traveling or visiting museums, she's usually yelling at the TV about historical inaccuracies.
http://www.danacameron.com/

A former journalist, folksinger and attorney, Jeffery Deaver is an international number-one bestselling author. His novels have appeared on bestseller lists around the world, including the New York Times, the Times of London, Italy’s Corriere della Sera, the Sydney Morning Herald and the Los Angeles Times. His books are sold in 150 countries and have been translated into over twenty-five languages. He has sold 50 million books worldwide. The author of over thirty-five novels, three collections of short stories and a nonfiction law book, and a lyricist of a country-western album, he’s received or been shortlisted for dozens of awards around the world. His book A Maiden’s Grave was made into an HBO movie, his novel The Bone Collector was a feature release from Universal Pictures, and in 2019, NBC picked up a series called “Lincoln,” based on his books. Lifetime aired an adaptation of his The Devil’s Teardrop.
https://www.jefferydeaver.com/ 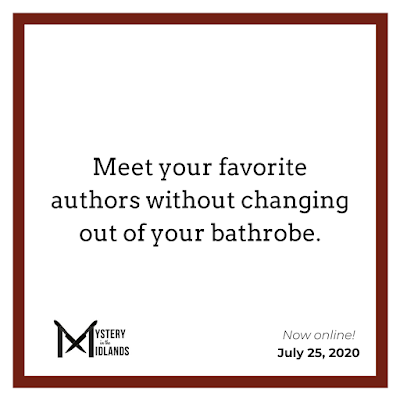