A Love Letter to Subaru

By AB Plum aka Barbara Plum

Laughter, so goes the cliché, is the best medicine.

Some days Colbert is not enough to counteract the news headlines. Some days, despite their screams, the headlines seem to begin and end with a whimper. Some days news headlines demand a prescription for twenty-four hours of nonstop laughs.

Enter a canon of television commercials. (Okay, this statement may reach too far, but curb your disdain at the apparent oxymoron and read on).

The carmaker Subaru has been doing its part for a long time to bring a smile to our faces. They began their dog commercials around 2008. In 2013, they introduced the "Barkleys" (a canine nuclear family of four—3 Golden Retrievers and 1 yellow Lab Retriever). The dozens of 30-second shots guarantee giggles, guffaws, and outright belly laughs.

All delivered without a spoken word (nearly heresy for a writer of fiction heavy on dialogue). All with ordinary dogs placed in ordinary human situations. All presented with tongue-in-cheek humor that makes me think if the world's going to the dogs, we should let it go. 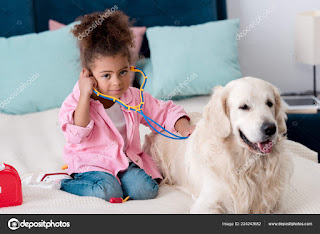 When AB Plum, aka Barbara Plum, isn't chortling over the "Barkleys," she lives, writes and pats all puppies she encounters on her daily walks in Silicon Valley. Her latest romantic comedy, Crazy Daze and a Knight is one of the very few books she's penned without a four-legged, furry companion.

But … All Things Considered features a ferocious feline. If you have time to laugh, check out the Subaru dog commercials here. And if the commercials don't brighten your day, check out National Make a Dog's Day.