The Framing of Tragedy

The numbers keep going up. At this point, it's 59 people killed, and over 500 injured after another American mass shooting.

When I was a journalism student, I learned about the power of framing a story. The best way to understand it is to think of taking a picture -- there is only so much that can be captured by the lens. The frame is how much you zoom in or out, and what part of any given view you focus on. You can achieve the same effect with the words you use to describe an event. 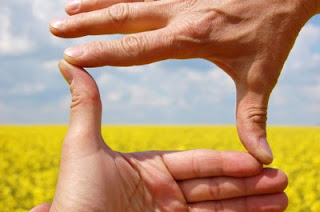 In the aftermath of the worst mass shooting in American history, different groups of people scrambled for a framing device for the story. In the immediate aftermath, before anything was known about the man who shot into a crowd of concert goers on the Las Vegas strip with high-powered automatic assault rifles, a group of alt-right followers were busy spreading fake news that the shooter was an anti-Trump democrat. Search engine algorithms picked up the story, and, as the saying goes, the lie got half-way around the world before the truth got its pants on. For those alt-right folks and the people who reposted them, this was a narrative that at least, to them, made sense.

As Monica Hesse writes in the Washington Post, every tragedy inevitably becomes a political tool, and no one is exempt from using it as thus:

She goes on to describe the potential narratives that could come out and how different groups might respond to them. Facts, as they become available, help shape the narrative and frame the picture, but as always, how those facts are seen and used will vary dramatically from group to group: Hesse writes, "We waited, because knowing who [the shooter] was would cue Americans how to respond."

Human beings are hard-wired to make tragedy make sense. The idea that a man would take 23 weapons into a hotel, break open the window, and open fire on a crowd, doesn't make sense unless we name the hate we assume he must have felt. In the aftermath of horrible events like this, people look to blame something they feel safe blaming. People don't actually want to change their world view after tragedy. Instead, they reframe the event so that it matches the views they already hold.

There is a social work joke that I go back to on a regular basis: "how many social workers does it take to change a light bulb? One, but the light bulb has to want to change."

As much as I'd like to think that yet another record-breaking mass shooting will change hearts and minds, I know that those hearts and minds have to want to be changed in order for these new facts to be seen in a new way. 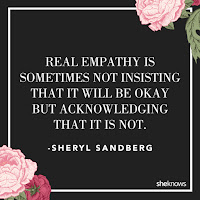 Things are not okay. They have not been okay. They will not be okay for likely a very long time. And no amount of thoughts and prayers will make them okay. There is no magic framing device that can erase the bullets that went into bodies, and the blood and tears that followed. People need to be willing to let those pictures change them in order for them to be willing to do something to prevent another mass shooting from happening.

Far too many people will zoom out, shift the frame, adjust the focus, and see what they want to see. They will chose a false narrative over a view-altering truth. They will insist that nothing has to change, that nothing can be changed. But the truth is that we have a mass shooting epidemic in America, and there is a solution to it (change gun laws, reevaluate safety standards, increase access to mental health care, and have a national conversation about how mass shootings could be avoided in the future)-- if people are willing to see it.

As satire site The Onion writes: "At press time, Americans nationwide agreed that years of taking no measures whatsoever to prevent mass shootings may finally be paying off."

We can keep our heads in the sand, and hope that somehow by doing nothing bullets will stop flying, and bodies will stop falling. Or we can look beyond the frame and see what is actually contributing to mass shootings -- and finally, collectively, work to end them.