Ready to Double Down?

“Double Down” used to mean a calculated gamble – and maybe it still does. The technique certainly can increase the odds of winning. These days the term can mean anything from a bold decision to an increased resolve to stick to a position. Of course, it can also be a media euphemism with huge political overtones about certain statements, but that’s a different discussion.

What do the words have to do with books?

Lots!  DOUBLE DOWN, a story set in the Holly Price mystery series world, is my newest release.

While this story was fun to write, I have a couple of confessions to make:

People always ask authors where we get our story ideas. Confession #1 – The premise for this story was a given. A group of us challenged each other to write a story where luck changed the protagonist’s life.  Of course, for a mystery writer this means someone is likely to die. That isn't the life changing event.

Characters are as important as the plot in my stories. My heroine, Maddie Larsson, leapt onto the page. The inspiration for Maddie came from a friend’s daughter—a single parent who works in a casino as a blackjack dealer. Maddie’s determination to forge a stable life for herself and her son draws the admiration of one of the casino’s gamblers, attention that changes her life for the better but also threatens to ruin—or end—it. 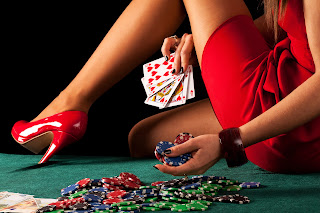 I wrestled a bit with the male lead character. So many readers wanted to see JC Dimitrak’s side of events (JC is the hero in So About the Money, book 1 in the series) I decided to put him in charge of the investigation. Maybe he was a little too charming since my beta readers …well, telling you would be a spoiler. 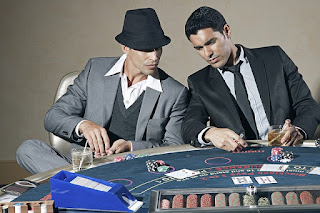 Confession #2 – I didn’t know anything about gambling. Honestly, I don’t understand the attraction but clearly it’s a popular pastime. Fortunately I had a willing “resource” (aka my friend’s daughter) to teach me the basics and give me insight into the dealers’ world. 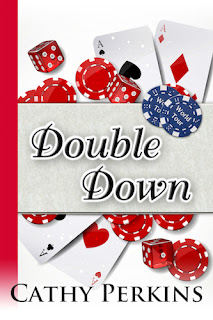 Murder isn’t supposed to be in the cards for blackjack dealer Maddie Larsson. Busted takes on a new meaning when her favorite customer, a former Poker World Tour champion, is murdered. His family claims—loudly and often—Maddie is the gold-digging murderer. She better prove she’s on the level before the real killer cashes in her chips.

If the victim’s body had been dumped five hundred yards up the road, Franklin County Sheriff’s Detective JC Dimitrak wouldn’t have been assigned to the Tom Tom Casino murder case. Instead, he’s hunting for suspects and evidence while dealing with a nemesis from the past and trying to preserve his own future. He better play his cards correctly and find the killer before an innocent woman takes the ultimate hit.