Juliana Aragon Fatula's Writing as a Woman of Color

Write what you know. If you don’t know about something read a book, research, ask experts about their field. If you don’t know how to write a murder mystery, and you want to write one, read a few hundred in the genre you like. I’ve read mysteries written by men, women, and to be more specific written by men and women of color since I am a Chicana.


I read books about the Ute Nation. I created fictional characters that were Ute. I read about Utah, specifically Salt Lake City. I visited the city and took photos, wrote notes, and interviewed residents.


I created a transgender character based on a couple of friends who are living in new bodies. I asked a friend to read the character outline I had written and she gave me great feedback. She said I was stereotyping the character. I thought the character was funny. She did not. She was insulted. The problem with the character was that I was not creating a backstory for her. She needed a past in order for me to understand her in the present. I gave her a better job. She became a transgender civil rights attorney. I stopped trying to make her funny and instead made her interesting.


The same thing occurred with one of my characters that was a possible murder suspect. I realized I hadn’t given her a storyline. I went back to the writing table, sat my ass down, and created one. I made her a soldier during the war in Viet Nam. But then I realized there weren’t many women soldiers in Nam. So, I made her a cook. I made her promiscuous and gave her soldiers to have affairs with. When she returned home she brought with her PTSD from the trauma of war. She used heroin. She changed. She aged. She became hard. I had to think like a murderer to create a great one. Why did she become a killer? Who loved her? Who hated her? What was her childhood like? What kind of evil had she survived to end up a killer?


I’m learning as I create these characters that they need a storyline to make them real, well-rounded, relevant. I write their backstory and study it until I start writing about their present based on what I know about them.


My murder victim, based on a xenophobic, misogynist, billionaire, had a very short part in the beginning of the story because he was murdered. However, he was the main subject of the investigation. He needed a past, too. I created a lifestyle for him that was unrealistic.  I had to make him believable. I had to give him characteristics that would make someone want to murder him. I began talking about him to friends and hashing out why he lived alone in a big mansion.


The protagonist is a character from my imagination, but she is part of me and parts of other women I know who are survivors, strong, successful. But she had to have a fault, a shame. So, I gave her scars and secrets.


Writing a murder mystery can be extremely satisfying. My goal is to tell a great story. My characters are crusaders for justice. They fight for the underserved and marginalized. I have faith that when I’m finished it will not be a good story, it will be a great murder mystery. I’m going to research, read, interview, and write until I’m convinced that the story deserves to be told.


Young women may read my book and decide to become a female investigator, or a civil rights attorney, or an internet technology expert, or a homicide detective. Or they may decide to open a shelter for homeless women and children and to teach them skills and send them out into the world as productive citizens, or a journalist that writes about atrocities that occurred to the Indigenous in this country. I want my characters to be realistic, gay, straight, transgender, Chicana, African-American, Native-American, Asian-American, disabled, mentally ill, cruel, kind, addicted, saviors, healers. Because in my world, those characters exist. I gave a couple of characters’ professional careers, but they grew up in Southern Colorado, so they speak Spanglish even though they are white. Some are sinners, some are saints, some are killers, some are funny, some are straight, but never narrow, no never narrow. 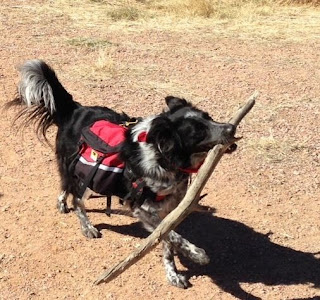 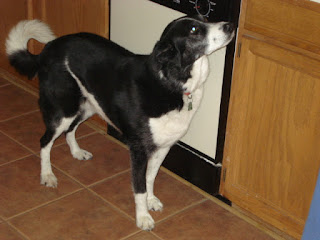