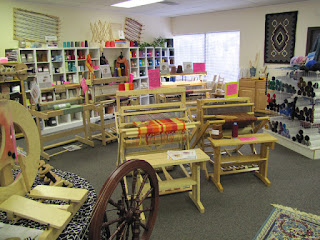 In my series of Skeet Bannion mystery novels, Skeet’s best friend, Karen, owns a shop called Forgotten Arts, offering knitting, spinning, and weaving supplies, as well as a farm with a herd of sheep. This shop is basically in the book because I love to knit, spin, and weave, and I’ve always had a little daydream of having just such a shop of my own. 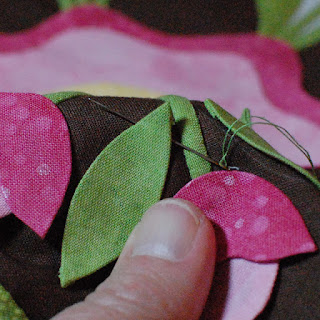 It probably all began with my grandmothers. One of them was an excellent needlewoman who taught me to sew doll clothes and doll quilts, using the scraps from her many sewing and quilting projects. This grandmother even made spring corsages for each granddaughter from old nylon stockings, cut up and dyed into violets, iris, lilies, and roses. The other grandmother knit and crocheted afghans, sweaters, even golf-club covers. Neither of them knew how to spin or weave, as far as I know. 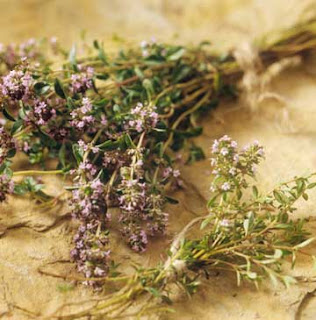 Both of my grandmothers were great “makers from scratch,” though, whether with food, such as bread, butter, cheeses, and such, or with household items, such as baskets, candles, lotions, soaps, washcloths, and dish towels. My Cherokee grandmother even made her own medicines with herbs from her garden and wild-harvested plants. Most of these medicines, foods, and household items were more effective or better-tasting than the mass-produced versions available in stores and pharmacies. 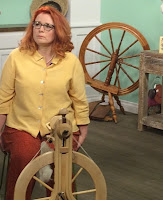 Beginning as a childhood apprentice to these two grand old dames, I set off on a lifelong quest for the forgotten arts. I have a huge library, and one of the categories within it is that of how-to books. I have books on how to design and make furniture from cast-off materials, how to make braided rugs, how to make doll houses and furniture, how to make canned foods and jellies, how to make your own purses and shoes, and books on yogurt making and felt making—and I have made all of these things and more. I seek out books on forgotten arts, such as spinning, weaving, smocking, rug hooking, tatting, and bobbin-lace making. (I’ve done the first three, but haven’t tried the last three yet.) I even have books on how to build your own log cabin or barn from scratch, how to raise and milk a goat, and how to grow and use your own natural-dye garden. If all these dystopian novels and movies come true and we have some kind of societal collapse, I’m the neighbor you want to have. Of course, now that writing has taken over my life, my big floor loom in one end of the living room has become a cat gymnasium, my sewing machine sits permanently covered on a table where manuscripts have replaced fabric pieces, and gorgeous hand-knit projects languish neglected and unfinished in tote bags hanging from the doorknobs of my combination office and studio. I still believe these crafts have great value. I used to make time for them in a busy life, but I’ve lost that knack somewhere and need to recover it for a sense of balance, so I wrote into my books a character who has that balance and that fibercraft store that I used to dream of owning.

Now, I'm downsizing and moving. I am letting go many of the books, including some of the how-to books (like building log cabins and raising goats), but most of those and the loom, 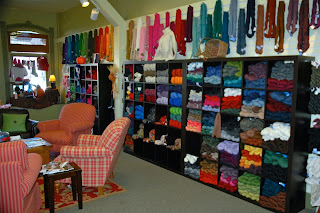 spinning wheels, and sewing machine are making the move with me. I've decided that a new house can also equal a new way of living and am determined to put more balance into my life. But I still won't have my own fiberarts shop or herd of sheep, except in the Skeet books.

In your own writing, what aspect of your life finds its way as a part of your story? Do you give a character some passion or aspect of your own personality? And when you’re reading, do you like to see these bits of the author’s personality embodied in the work?