Let’s Hear It for the Bad Boys 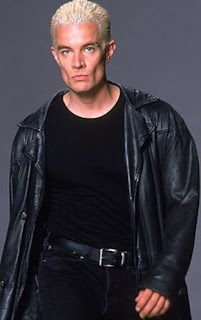 In the second Skeet Bannion novel, Every Broken Trust, I’ve complicated Skeet’s life and relationships with a dark and dangerous man of mystery who walks into the story and makes Skeet feel things that scare her, as well as bringing out the jealous side of nice Joe Louzon, Skeet’s friend and possible love interest. This was not what I’d planned to have happen in that book, and he went on to play a major role in the third Skeet novel, Every Hidden Fear, as well. I don’t know where this bad boy came from to complicate Skeet’s and my lives, except of course he had to come from my own head.

I must confess I’ve always had a fascination with the bad boy. You know, like Marc Antony, Heathcliff, Sydney Carton in Tale of Two Cities, Marlon Brando in On the Waterfront, James Dean in Rebel without a Cause, and Buffy’s Spike. I know it’s not healthy, but judging by the sheer number of bad boys in fairy tales, literature, movies, and television, it must be pretty common.

I have been fortunate enough to have been married to two of the nicest men in the world, my late first husband and my current husband, but before and between them, I had lamentable taste in men. I blame it on all the reading I did as a child. The bad boys were always the most interesting guys. I mean, in A Tale of Two Cities, Dickens’s Sydney Carton was a drunken wastrel of a lawyer prostituting his great intellect to the ambitions of lesser men with more willpower, sure. But what a passion he had for pretty Lucy Manette! He sacrificed his own life to save the man she loved, just so she would be happy. Wow! And in Wuthering Heights, Heathcliff—well, we all know how he made the pages steam with his great love for Cathy.

One sizzling scene in Buffy of a lovesick Spike watching outside Buffy’s window at night inspired me to write a poem, “Outside Your House at Midnight, Coyote” (“Closing his eyes, Coyote can see within/ your walls as you undress and slide under/ covers”).  This was followed by a whole sequence of poems about the bad boy archetype as Coyote, the Native American trickster figure, such as “Coyote in Black Leather,” “Three O’Clock in the Morning Alone, Coyote,” “Coyote Invades Your Dreams,” “Coyote at Your Wedding,” and others, ending finally with “Coyote in High School,” where I asked, “I wonder/ if anyone ever warns the hard-shelled boys in leather/ against the honor-roll girls?”  (These are my most popular poems with women. I even have a whole group of female fans in the UK just for the Coyote poems.)

Of course, I am the woman who wrote an entire book of passionate love poems with the title Skin Hunger (“forgive me for touching so much/ while we talk/ I can’t help myself”). So the Coyote poems and the new bad boy in my mystery novels should come as no surprise to anyone, least of all me.

After the wild and disastrous period in my life still referred to by family and friends as the time of “the mad monk” (don’t ask!), I began to date a man who was a number of years younger than me. One woman friend confronted me to tell me over and over again that I was being stupid, that this younger man was only going to get tired of me and throw me over, that it was just sex that was blinding me. I tried to explain that I loved the kindness and brilliance of this man, but she kept holding forth. Finally, fed up, I said sweetly, “You’re absolutely right, of course. I know he’s no good and is going to break my heart, but I just can’t help myself—the sex is just so good!” Her mouth flew open in silence, and she stormed out, never to be seen by me again. That younger bad boy and I have been together now for twenty-seven years.

So let’s hear it for the bad boys! Have you a penchant for the guys who exude trouble, the dark and dangerous types? Have you had any of those passionate, crazy, and sometimes destructive loves? Or do you like to keep those guys between the pages of a book, as I prefer nowadays?
Posted by Linda Rodriguez at 1:59 AM