Bethany Maines, a native of Tacoma WA, is the author of the Carrie Mae Mysteries, and Tales From the City of Destiny. When she’s not traveling to exotic lands, or kicking some serious butt with her fourth degree black belt in karate, she can be found chasing after her daughter, or glued to the computer working on her next novel. You can also view the Carrie Mae youtube video or catch up with her on Twitter and Facebook. 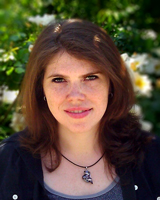 J.M. Phillippe has lived in the deserts of California, the suburbs of Seattle, and the mad rush of New York City.  She worked as a freelance journalist before earning a masters’ in social work.  She works as a family therapist in Brooklyn, New York and spends her free-time decorating her tiny apartment to her cat Oscar Wilde’s liking, drinking cider at her favorite British-style pub, and training to be the next Karate Kid, one wax-on at a time.  You can follow her on Facebook or Twitter.

Q1: J.M. Phillippe tells us a little about your book! 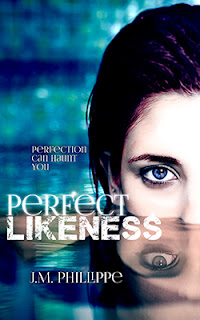 A1: My book is about a woman who is not super happy with her everyday life, so she creates a fantasy version of herself and goes off on adventures in her head. But then one day, the fantasy version of herself becomes real -- and begins to haunt her. I really wanted to tap into the feeling a lot of people have of not feeling like who they are and the life they live is "good enough." What would happen if that little voice in your head stepped out of your head and started talking to you as an actual being?

Q2: As a mystery / adventure writer I was intrigued because I felt that the core of Perfect Likeness was Ally's unraveling the mystery of what was wrong with her, but the book isn't a traditional mystery. Have you ever written mysteries or were you inspired by mystery novels?
A2: I love mystery novels and have been reading them since I was a kid. My aunt gave me a complete set of Agatha Christie books and that's what really started it for me. I particularly like mysteries with strong characters and dark themes, like the Dashiell Hammet books or Elmore Leonard books. But I also love a good sense of humor with my mystery like the Janet Evanovich books. I think ultimately every book has a question it poses, and tries to answer, and there is an element of mystery in more books than people realize. Even the Harry Potter series -- every book has a different mystery to solve, but it's not seen as a "mystery series." But you also can't beat a classic "whodunit".

Q3: What is your number one tip for writing?
A3:The number one tip I can give other writers is to not listen to any voice in -- or outside -- your head telling you that you're not good enough, or what you are writing is not good enough. Embrace the drafting process and get something completed before you judge it -- and then revise, revise, revise.

Q4: What are book are you working on next?
A4: I am actually working on a sort of zombie story, which is very different than Perfect Likeness, although I'm interested in exploring many of the same themes. It's called "Infected" and is about a woman who is attacked -- and doesn't get away. I'm really enjoying writing the action scenes.
Posted by Bethany at 12:30 AM