Confessions of a Research Slut

Not everything about writing novels is great. It takes lots of time I could spend outside playing. I have to deal with the ugly face of rejection—more frequently than I’d like to admit. Trying to work out complicated plots hurts my head. Getting the words right with all the craft and expert writing advice swirling around my brain is enough to make me crazy(er).

One thing that is great about writing novels, though, aside from getting to play god to a world of my imagination, is research.

My plots and characters are often a product of the really cool stuff I learn while researching. For instance, when I moved to Flagstaff and found out about the controversy surrounding Snowbowl Ski area and man-made snow on a mountain peak sacred to thirteen tribes, I got curious. Off I traipsed with my brand new Flagstaff library card.

I stumbled across several books about the Hopi tribe. I was immediately hooked. This tiny tribe, destitute and insular, believes it is responsible for the balance of the world. The Whole World.

I did some in person research. One summer morning I drove a few hours to the Homolovi ruins north of Winslow. Along with a tour of the dwellings and ruins, a few Hopi tribal members talked about their farming technics and their reliance on native plants. One generous young man took the time to explain to me why the Hopi corn is planted in disarray instead of nice neat rows and why his corn grows green and strong in the arid climate. Let me give you a hint, it has little to do with fertilizer, barometric pressure and high and low fronts.

Another day I ventured even further to a public dance at Second Mesa in Shipolovi. I was an obvious outsider. The Hopi haven’t been treated well by white folks in the past. Their sacred relics have been stolen, outsiders broadcast their secrets, and overall treated them with very little respect. The Hopi now have some pretty strict rules, such as no photography, no sketching, and they frown on note taking.

Their dance was amazing. I was so nervous I’d do something offensive, I stood as still and silent as possible and watched. But they wouldn’t let me be a fly on the wall. During one break, when the kachinas filed out of the plaza, the Hopi clowns gathered up all the white folks and sat us in the middle of the plaza. They had some good-natured fun with us and in the end, piled many gifts into our hands.

My Hopi research turned up so many intriguing details of their history, culture, and beliefs I couldn’t address even a fraction in one book. So I was excited when Midnight Ink offered me a three-book deal. Tainted Mountain delves into the Hopi prophesies, explains a little bit about their ceremonies. It introduces kachinas and their role in Hopi lives.

For Broken Trust, I wanted to focus on a different aspect of Hopi’s connection with the world. According to Hopi beliefs, we now live in the fourth world and we’ve just about messed it up so badly we’re approaching the end of this world and emergence to the fifth world. Sad news for most of us, because not very many will survive to start the fifth world.

Since Hopi believe they hold the key to the Earth’s balance, they are concerned over climate change and extreme weather, and think these occurrences are due to their failure to perform all of the ceremonies. So many youth are draining from the three mesas they aren’t able to keep all of the clans vibrant. Every clan has specific duties to perform, so when one dwindles another clan must step in to perform duties not historically their own.

Hand in hand with climate change is a shift in the Earth’s poles. The Hopi also have prophesied that "Turtle Island could turn over two or three times and the oceans could join hands and meet the sky." This seems to be a prophecy of a pole shift--a flipping, of the planet on its axis. The Hopi call this imminent condition Koyaanisqatsi, which means world out of balance, a state of life that calls for another way.

Hadn’t I heard of the Earth shifting on its axis? A little dive into that led me to Tesla, which led to incredible tales of limitless, cheap energy. Following that track took me to HAARP (the old Star Wars technology of the Cold War) and conspiracy theories about using weather as a weapon of mass destruction, and mind control. Which naturally took me to Jessie Ventura, as it would. 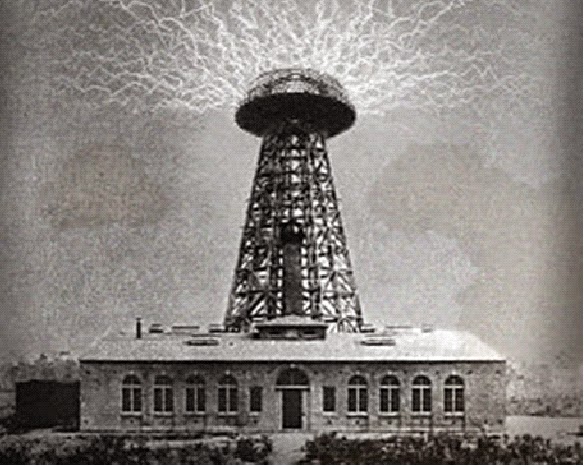 The most frustrating thing about the research is not being able to use all the neat stuff I learn. I guess it makes me a more well-rounded and informed person. I figure if I write enough books I’ll be the perfect dinner party guest.

Have any of you ever researched a topic just for fun?

Shannon Baker writes the Nora Abbott Mystery Series, a fast-paced mix of murder, environmental issues and Hopi Indians published by Midnight Ink. Broken Trust, released March 2014, takes place in Boulder, CO. A lover of western landscapes, Baker can often be found backpacking, skiing, kayaking, cycling, or just playing lizard in the desert.  Tainted Mountain, the first in the series is set in Flagstaff, AZ and is a New Mexico/Arizona Book Awards finalist. Shannon is Rocky Mountain Fiction Writers 2014 Writer of the Year. She serves on the board of Rocky Mountain Fiction Writers and is a member of SinC and MWA. Visit Shannon at www.Shannon-Baker.com
Posted by The Stiletto Gang at 1:00 AM