Things that Make Me Go Argh: Underwear with Bows 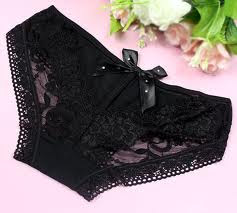 I'm still on deadline for my latest book (currently being called The Truth About Love and Lightning), and I'm frantically trying to get it done by next week. So when I reached in my Idea Bag for a blog topic, I realized I hadn't refilled the darned thing in a while. Which made me go, "A-ha! Why don't I write about something that makes me crazy? I could even explore another real-life irritant during the next frantic deadline, too!" Perfect. So today's rant involves, yes, underwear with bows.

As a pregnant lady with an ever-growing middle, I've had to go shopping for bigger sizes in just about everything lately. So the other day, I found a nice pack of maternity underwear that I was hoping wouldn't cut off the circulation in my thighs. They were good colors, too: standard white, gray stripes, and even a saucy leopard print. But when I opened the package, I realized the danged things had bows on the front. Those silly little bows that have appeared on my bras and panties since--oh, gosh--my whole life.

Yes, I probably appreciated them when I was eight or nine, maybe even eleven. But as I got older, I began to wonder what the point was of putting bows on the front of grown-up women's underthings. Does anyone really like them? Are they supposed to make us think back on our youth and feel like girls again? If so, it isn't working. It just irritates me, having to find my nail scissors to carefully cut them off.

And I mean "carefully." It's like a surgical operation getting those effing bows off bras and underwear without making a hole in the front and unraveling things. I think they sew them on with their super-industrial machines, certain that women everywhere would be destroyed if they ever fell off.

Back to my maternity panties with the bows. Seriously? I am in my sixth month of pregnancy. I have already gained 25 pounds and weigh more than my skinny husband. My a** now qualifies as booty and/or junk in the trunk. The increased size of said a** is not a gift to me (although I won't vouch for Ed). So I would prefer not to put a bow on it.

Okay, I feel better now. Whew! Thanks for letting me vent. But if you'll excuse me, I have surgery to perform on three pairs of new maternity underpants.
Posted by The Stiletto Gang at 3:30 AM