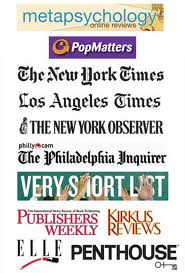 Not long ago, I happened upon a list of publishing/reviewer buzzwords, clichés and euphemism decoded.  Reprinting them here would be laugh-out-loud funny, but not terribly original. Let me give you an example: “absorbing,” meaning, “makes a great coaster.” “Brilliantly defies categorization,” translating into, “even the author has no clue what he’s turned in,” and so on. From there, I began to wonder if any of these well-veiled expressions had turned up in my reviews. And, if so, what was the reviewer really trying to say? Fortunately, I’m neither narcissistic nor masochistic enough to have looked.  But I was tempted to dip my toe in the idea—only because when one is a writer, slamming your hand in a window is often the less painful and more distracting activity.  This is what I came up with had a few of these reviewer favorites been attached to BEAUTIFUL DISASTER.  For the record, I’ve given due credit below for the wordsmiths of these pithy illuminations.
“Spinella’s novel captures the times we live in…” To paraphrase, “Captures the times we were living in two years ago.” In other words, she left the best years of her life back in Athens, Georgia, and, clearly, she needs to seek professional help.
“The plot kaleidoscopes through a stunning turn of events…” Translation: “A major character dies.” Okay, he doesn’t die, but he does spend 275 pages in a coma, same thing. “Beautiful Disaster lands center stage as a promising debut…” Agent, editor, author and Mother beam triumphantly.  Uh, not so fast. This equates to, “many flaws, but not unforgivably bad.”  While the thought, I’m sure, is arguable from many perspectives, this cliché did give me pause.  Why is it so unthinkable that a debut novel could be the pinnacle? Um, Gone With the Wind, To Kill a Mockingbird, The Bell Jar. It happens.  Besides, pinnacle is a relative term. For some of us it’s Kilimanjaro, for others it’s the bunny slope at Mt. Wachusett.  I digress.
“With fingers afire, I singed pages, finding the writing unflinching…” What this really tells us—other than the reviewer has Teflon fingertips? “Has a lot of bad words.”  I admit, BD’s main character cusses like an extra from the movie Jarhead (278 f-bombs there according to Wikipedia).  Flynn didn’t broach that standard, but he was a marine and I do believe it came with a certain level of expectation.
“With a blush and a wink—don’t lend this sensual and frothy romp to your grandma.” This one takes on two hip buzzwords, “sensual,” meaning “soft porn,” and “frothy romp,” meaning “funny book by lady.” I suppose they’re okay as long as they don’t occur in the same scene. I keep envisioning a rotund woman with facial hair and pink feather in hand, confined only by an oozing bustier as she straddles my protagonist.
And I know for sure the following cliché did not turn up in a Beautiful Disaster review, “A heart rattling tale that will line school library shelves for generations, a classroom-friendly read.” The latter part translating into, “kids won’t read it unless they have to…”  And had the first part been the case, well, those One Million Moms would have really had their knickers in a knot.
“Beautiful Disaster is a gripping journey into love lost and found.”  Aside from making me want to shove a finger down my throat, this means the reviewer, “turned the pages fast but didn’t read them.”  On the other hand, it would be the upside to being labeled “literary,” or “luminous.” I am so relieved to never have been described as literary or luminous. The aforementioned vernacular respectively means “plotless” and “not much happens.”
“With her debut novel well in hand, Spinella will be a writer to watch.”  I grazed this phrase in a couple of actual reviews—not that I was paying attention.  (Looks away demurely) Anyway, I was saddened to learn it would be the opposite connotation of, “a writer you are actually going to want to read.” (Head hangs, hits desk and simultaneously slams hand in window).
In a place where words are our business, it seems the true meaning, like a definitive novel, (one that could have used an editor) sometimes gets muddled between the lines. In the end, this can only translate into that age old advice that there is no bad ink. It doesn’t matter what they say, as long as they spell your name right.
Laura Spinella is the author BEAUTIFUL DISASTER, a Southern set novel that asks, "What would you risk for a love that is greater than honor or friendship or the passing of time?" Visit her at lauraspinella.net  Best First Book, NJRWA 2011, Favorite Book of 2011, SheKnows.com
Attributions:
“absorbing” : “make a great coaster” Don Linn, publishing consultant
“brilliantly defies categorization” : “even the author has no clue what he’s turned in” James Meader, publicity director of Picador USA
“captures the times we live in” : “captures the times we were living in two years ago” Mark Athitakis, critic
“classroom-friendly”: “kids won’t read it unless they have to” Linda White, book promoter at Wonder Communications
“definitive” : “could have used an editor” “Book Babe Extraordinaire
“frothy romp” : “funny book by lady” Jenifer Weiner, novelist
“gripping” : “I turned pages fast but didn’t read them” Sarah Weinman, news editor of Publisher Marketplace
“literary” : “plotess” Mark Kohut, writer and consultant
“luminous” : “not much happens” Peter Ginna, publisher, Bloomsbury Press
“sensual” : “soft porn” Peter Ginna, publisher, Bloomsbury Press
“stunning” : “major character dies” Mark Athitakis, critic
“unflinching” : “has a lot of bad words” Isabel Kaplan, novelist
“a writer to watch” : “as opposed to one you are actually going to want to read”  Jan Harayda, novelist
Posted by The Stiletto Gang at 12:00 AM