My Deep Dark Confession and Zombies 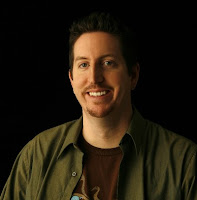 Paul Tremblay is the author of The Little Sleep (Henry Holt, March 3, 2009). His second novel, No Sleep till Wonderland is forthcoming (February 2010). He is a two-time nominee of the Bram Stoker award and has sold over fifty short stories to markets such as Razor Magazine, Weird Tales, Last Pentacle of the Sun: Writings in Support of the West Memphis Three, and Best American Fantasy 3. He is the author of the short speculative fiction collection Compositions for the Young and Old and the hard-boiled/dark fantasy novella City Pier: Above and Below. He served as fiction editor of CHIZINE and as co-editor of Fantasy Magazine, and was also the co-editor (with Sean Wallace) of the Fantasy, Bandersnatch, and Phantom anthologies.
__________

I’d like to thank the Stiletto gang for giving me the forum to make a public confession. No, not that (and quiet, you).

Here it is: I didn’t want to write, never intended to write another book featuring my lumpy, grumpy, reality-challenged, narcoleptic PI Mark Genevich. There, I said it.

I even told my agent after finishing The Little Sleep that I wasn’t writing any sequels or follow-ups. My agent said, “Right on. Anything you say, Paul. By the way, you’re so handsome and talented.”

There’s nothing innately wrong with book series, of course. It’s just that I tend to be a little ADD as a reader and a writer. When I first started writing I wrote horror short fiction, but now I like hoping from genre to genre when I can (and when it suits the story). As a reader, I seek out as many different types/styles of story as I can, and consequently, I generally don’t read series. I know, I’m weird.

So there’s that (my..um..weirdness), and there’s how I tend work as a writer. I’m a character first, plot second kind of guy. For The Little Sleep I had Mark, and then I built the rest of the story and other characters around him. He was my starting point. So after Henry Holt kindly paid for two Mark Genevich books, and when it came time to sit down and write the second, I subconsciously and not-so-subconsciously rebelled. I kept saying to myself, “Self, I already wrote Mark’s story.” Further, I have to admit, writing with a deadline and contract over my head for the first time added new pressures. I’m really a delicate flower and need to be treated as such.

Other than zombies, I was kind of stumped and frustrated. I had a hard time getting over the I-already-wrote-his-story roadblock. So I started simple, went back to the first book, and thought about its themes, about why I wanted to write it, about why Mark was who he was. The Little Sleep is really about the mystery of Mark, and ultimately, the mystery of self; of reality, memory, and the past, and how malleable they all are. So yeah, thematically The Little Sleep was about Mark learning who he was through his past.

Consequently, Mark Genevich’s present became the theme of No Sleep till Wonderland. The book is less about the unreality of Mark’s dreams and is more rooted in his daily grind, how he tries to live and cope with his narcolepsy. No Sleep till Wonderland zeroes in on what’s missing from his life in the here and now; friends, love-life, general companionship, the want and need to be more than the self. Like The Little Sleep, there is a mystery that Mark has to solve, but it’s very much tied to Mark. His personal stakes remain high: can he learn to trust others if he can’t even trust himself? The mystery for Mark (and the reader, hopefully) is other people this time around.

So yeah, the actual writing of No Sleep till Wonderland was a challenge, but I learned a ton about myself as a writer, and more importantly, I’m very happy with the book. So happy with the book and the overall writing experience, in fact, I could be talked into writing a third Genevich novel.

If there is a third book, there will totally be zombies. I promise.
Paul Tremblay
http://www.paultremblay.net/paulgtremblay/
Headshot photo credit - MJ Maloney
Posted by The Stiletto Gang at 5:00 AM

Email ThisBlogThis!Share to TwitterShare to FacebookShare to Pinterest
Labels: No Sleep till Wonderland, Paul Tremblay, The Little Sleep, Zombies