Resolved: 2010 will be healthier, full of laughter, and a book or two (poo, poo) 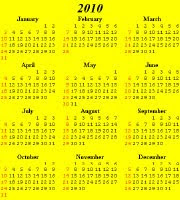 It’s that time of year again for a little extra contemplation and planning for the next twelve months. What do I hope for 2010 – personally, professionally? Let me stipulate, with plenty of poo, poos that the original Evelyn would insist upon, that I wish that 2010 be a healthy year for myself, my family, my friends, and all Stiletto Gang followers. Happy? Sure that would be great – but you first need healthy.

Beyond that, you bet I have some resolutions for the new year. Many have been borrowed from other sources, including t-shirts which seemed to have captured the essence of what I intend. Here are my top 3. What did I forget? What’s on your list?

Life’s short, eat dessert first.
Now I take this maxim both literally and figuratively. While on my recent medical journey, I’ve developed an intolerance for salads, so lettuce has been off my shopping list for the last four months. Frankly no major loss as far as I’m concerned. Had it been a chocolate intolerance – I would have insisted on some major telethon to discover a cure.

But beyond my love of chocolate, I want to remember in 2010 to savor the good stuff of life. Sure, we all have obligations and responsibilities – but I want to make sure that I deliberately choose to celebrate the simchas (Hebrew for joyous occasions) and focus on the affirmatives. It’s important to be realistic – but it’s probably more important to be a dreamer. In 2010, I want to be sure that the balance is to accentuate the positive.

Not only do I not want to write The Great American Novel, I don’t want to read it.*
I realize that there are a list of books that are considered classics that anyone literate has read – and I’m declaring publicly that I probably will never read any of them. That even includes some legendary mystery authors whose works are considered sacred. And you know what – I don’t have to!

I want to write (with the Southern half of Evelyn David) more of the books I enjoy reading. I like cozies and I’m not going to apologize or mumble when I say it. I like stories with happy endings, where the good guys win. Goodness knows in real life that doesn’t always happen, but in 2010, I’m passing on books and movies that show the seamy side of life with no hope of redemption. I’m not burying my head in the sand to the harsh realities of this world – but I sure don’t need to read/watch it as entertainment.

* I read this line a couple of years ago on Crimespace.ning. I wish I knew who wrote it, but kudos to the author. It captures my feelings exactly

If you’re going to laugh about it someday, try laughing about it now.
I’m not looking for a career change doing stand-up comedy at bars (although that might be an interesting challenge??). Nor am I minimizing the real problems in life. But I am going to try and see the irony, humor (wry and otherwise) where I can and laugh at myself and my foibles with ease. Too often I take myself too seriously – and that’s a waste of energy that could be better spent.

What about you? What are your resolutions for 2010?

And to all, best wishes from both halves of Evelyn David and all the Stiletto Gang for a Healthy, Happy New Year!

Evelyn David
Posted by The Stiletto Gang at 5:09 AM