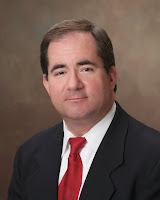 Vincent H. O’Neil (http://www.vincenthoneil.com) is the award-winning author of the Frank Cole murder mystery series (Murder in Exile, Reduced Circumstances, and Exile Trust). His short story “Finish the Job”, about a father-daughter team of art thieves who don’t know when to quit, was recently released in the anthology Quarry: Crime Stories by New England Writers from Level Best Books (http://www.levelbestbooks.com/). His short story “Blood Tells”, about a money launderer who feels unappreciated, will be released in the anthology Bad Cop-No Donut from Padwolf Publishing in the spring of 2010.

Recently, I had the good fortune to have two short stories included in anthologies. So when The Stiletto Gang (I have to work that name into one of my mystery novels) offered me the chance to guest blog for them, I decided to try and write something in praise of the short story.

Considering the season, I was not surprised when the image of Dickens’ Tiny Tim came to mind during my brainstorming. Not only is Tiny Tim short in stature, but he also employs a marvelous economy of words. “God bless us, every one!” is, I believe, his only line in A Christmas Carol and yet it sums up the story and its spirit quite nicely. It also ranks up there with “Bah, humbug!” as the most memorable line of that Christmas classic.

Tiny Tim’s kind of pithiness is an absolute must in short story writing, where the dreaded word limit sometimes suggests that we might have to sacrifice important elements. While it’s true that we don’t have a limitless number of pages for things such as character development, this in no way lets us off the hook. Just as Tiny Tim manages to cap Scrooge’s long night using only a few words, in the writing of short stories we have to look for more concise methods of communicating our ideas and information.

Although it’s taken from the world of theater, here’s an example of how a few actions and limited dialogue can yield a big result: On stage, a young woman is nervously hosting her father-in-law, who has dropped by the newlyweds’ apartment unannounced. The young woman offers the father-in-law some coffee, and leaves him in the living room while she goes into the kitchen. As soon as she’s gone, the father-in-law quickly and efficiently goes through the newlyweds’ mail, which was sitting on the table in front of him. He puts the letters and bills back in exactly the same place just before she returns, and is sitting there as if he’d done nothing in her absence.

The director providing this example described it as an efficient way of getting the audience to ponder many different possibilities regarding the character of the father-in-law. Is he merely a snoop, or is he worried about the young couple’s finances? Is there something in his son’s background that prompts him to be watchful? And why is he so good at snooping in the first place? All of these ideas and questions were conjured up in the minds of the audience by a few actions on stage, just like the space-saving devices we use when writing short stories.

This was a comment on the demanding taskmaster that is brevity. In a seeming contradiction, it can take longer (and involve more work) to communicate your point in a single sentence than by using several paragraphs. It was also an observation that bamboozling an audience for an hour requires little preparation, while doing the same thing in five minutes is almost impossible. The requirement to organize our thoughts, and then express them succinctly in a convincing presentation of short duration, can be a very difficult task indeed.

And that’s why I like short stories. They’re the literary equivalent of the five-minute speech that takes so long to prepare—but hits the nail directly on the head.

Just like the mighty Tiny Tim. God bless us, everyone.