The Puck Does not Stop Here! 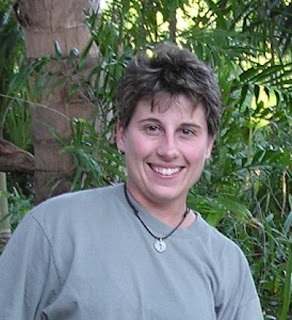 Nikki Bonanni has worked in the fitness industry for almost 20 years. In the 90’s she began as a Fitness Director at a small health club in Ithaca, NY, eventually becoming the general manager. While at that small club Nikki joined forces with a friend to open a personal training and consulting business which thrived for 6 years with over a dozen trainers working in both the gym and traveling to private homes. She is now an Exercise Physiologist in a new health club that is co-owned with a medical center, and is a part-time faculty member teaching at Ithaca College. In her spare time, she is working on her first mystery novel.

I am a true believer in doing things that make you happy. Trusting that if you want it bad enough there is always a way to make it happen. Realistically everyone needs to make a living and pay the bills. I am lucky enough to have a career that is also fun—I am an Exercise Physiologist in a health club that sits on an inlet to Cayuga Lake. Granted there are long hours and sometimes weekends, but the benefits far outweigh that. I get to see the water and wildlife, work with interesting people helping them become healthier, be active throughout my workday….and wear sneakers to work!

Work isn’t the only thing that defines you, and I have many other interests. One that has been a part of my life since I was a kid is mysteries. From Nancy Drew and The Hardy Boys to Agatha Christie I have always been an avid reader. For many years I also professed that I wanted to be a mystery writer. Thanks to Carolyn Hart and The Christie Caper I became aware of this real life conference called Malice Domestic.

One day years later I was training a client who was also a mystery reader and mentioned Malice. Sure enough she said she’d love to go with me. There it was, my first opportunity to become part of a different world. That led to investigating other conferences, and although it took awhile to get there I was starting to realize one of my dreams. For the past two years I’ve gone to a number of these GREAT events. I have also started to write, and have been overwhelmed with the generosity, help and friendship of other authors. If I had not taken that first step this thing that is now a big part of my life would never have happened.

As I said, I have a lot of interests, so there was still something that I loved that was missing. Sports. Throughout high school and college I played several varsity team sports. When you join the adult world, lack of time and opportunity often lead to athletes ‘retiring’.

One of my clients happened to be a goalie on a women’s recreational hockey team. Since field hockey was one of my sports I expressed an interest in maybe one day trying ice hockey. She invited me to an open hockey, and even though I told her I could only skate forward she insisted I go play. Needless to say it was a bit of a disaster! However, after a friend nicely told me I could not play hockey until I learned to skate, I decided that I did indeed want to do it.

It was a harsh reality for me to not be able to have the ability to do a particular sport; I am generally at least adept at most athletic endeavors. Skating was not so. It was beginner lessons for me, and even the little kid version of ‘wiggle your butt’ could not propel me skating backwards—I just ground holes in the ice.

If you want it badly enough, you can do it! At age 40 I really wanted to be good enough to play on a team, and after lessons, beginner women’s hockey and then spring league, I have done it now playing on two teams and having a blast!

So, since I have not actually published a book (yet), I do have a giveaway. Anyone that posts something they have done to follow their dream will be entered into a drawing for a signed copy of Hank Phillippi Ryan’s Prime Time along with a cool tote bag! Thanks Hank!!