I once had a cousin/uncle/grandparent-ish person (he was my second cousin once-removed if you want to get technical here, but the point is that he was in his eighties and I was around ten, you get the idea) who once posed the question that I probably wasn't supposed to hear - what's the difference between naked and nekkid?  Naked is simply having no clothes on.  Nekkid is naked, but with intent.  In other words, the difference is subtle and mostly to do with what you intend to do about it.  Which is how I feel about old and vintage.

My general preference, when given a choice, is for old things.  Which is to say I like old books, old furniture, old clothes and my grumpy old dog.  Although, usually I say vintage, which is the same as old, but with character.  I don't want new things (unless they're electronics and sometimes not even then).  I want the things I've become accustomed to and work for me.  Which is why sometimes, even when something gets actually too old to use, I still hang on to it.  Recently, my favorite skull-n-crossbones mug developed an unfortunate hairline crack that resulted in it weeping tea over everything.  It was unusable but I hung on to it for two weeks.  What was I planning on doing with this mug?  It wasn't fixable.  It wasn't art.  Did I think it would magically heal itself?  It wasn't until I had resigned myself to it's passing that I was able to let it depart into the recycling bin.

I don't think my preference for the old and familiar is particularly unusual.  I think most of us are little grumpy about being forced into new things.  We're uncomfortable with being uncomfortable.  On the other hand, studies seem to indicate that actively being in a place of uncertainty and learning keeps Alzheimer's at bay.  Being used to a little discomfort makes us appreciate what we have and have grace for those who also in discomfort. And I think that if a few more people were used to being told no and being a little more uncomfortable then they wouldn't lose their cool and have public temper-tantrums in the middle of Target (why is it always Target?).  Perhaps we need new things periodically just to remind us that sometimes we don't always get to keep our favorite mug.  And sometimes we need a new mug to tell us that everything will be OK.  As long as it looks vintage. 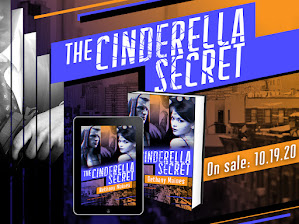 Pre-Order The Cinderella Secret on all ebook platforms: https://books2read.com/Cinderella-Secret

Bonus Gift  (but just for my friends)

The Lost Heir, a Deveraux Legacy prequel novella, will be released in December, but members of the Blue Zephyr Press / Bethany Maines newsletter will receive it on October 19 with the release of The Cinderella Secret!
Join here: https://bethanymaines.com/the-deveraux-legacy/

Want a chance to win a free copy of The Cinderella Secret? One lucky winner will also get a copy of Book 1 - The Second Shot.  Giveaway ends 10.17, so snag your entry now!
Enter at: https://www.goodreads.com/book/show/54817893-the-cinderella-secret

Try Before You Buy 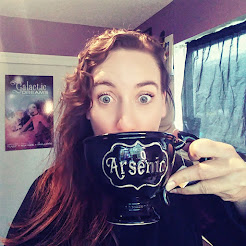 Bethany Maines is the award-winning author of the Carrie Mae Mysteries, San Juan Islands Mysteries, Shark Santoyo Crime Series, and numerous short stories. When she's not traveling to exotic lands, or kicking some serious butt with her black belt in karate, she can be found chasing her daughter or glued to the computer working on her next novel. You can also catch up with her on Twitter, Facebook, Instagram, and BookBub.👈 The new mug
Posted by Bethany at 4:00 AM