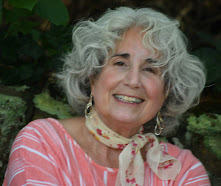 One of the confusing calls today is the one to “Defund the Police.” My thoughts on the subject are seasoned with a career in law enforcement, a master’s in social work, some research, and a couple of decades of contemplation.

Some who call to defund police, mean it. They want to restructure society without police. I sincerely hope we figure out how to do this, but at this point in our development as human beings, abolishing police is not a workable idea, particularly in the U.S. Consider recent events in Chicago (where in two weekends, 34 people were killed and 186 were shot); consider also Seattle’s failed no-police protest zone experiment; and the violence in our own communities.

Abolishing police would stop police abuse issues, but it would create a vacuum that could be filled with violence. Even a country with minimal crime like Norway has a police department.

For others, defunding the police means they want to dismantle the particular law enforcement system in place as completely dysfunctional and reassign it. A most unlikely place did that. Camden, NJ, in 2010 had the highest crime rate in the country. They faced a $14 million budget deficit and had to lay off half their police force. What happened? Arrests in 2011 dropped by half, burglaries increased 65%, and the murder rate skyrocketed. So that is one lesson about defunding police.

Here’s the other side of what happened. In desperation, Camden dismantled their (union represented) police department and merged with the county, putting more officers on the street for less money. The change also gave them an opportunity to instill new cultural values in the department, significantly reducing excessive use of force complaints, and crime rates dropped 42% compared to a drop of 4.9% in U.S. (in the same time period.)

Redefine the job and reallocate resources

But for the most part, the meaning of “defund the police” means a city reviewing what it wants and expects from its police, what it values and believes is effective in terms of where it puts resources.

I say this is long called for—both for government and for police agencies themselves. I’m not saying the Birmingham Police Department, in particular, needs an overhaul.  First, I’ve been too long removed to comment on that, and second, it was an honor to have served there with many extraordinary men and women doing a difficult and demanding job, some of whom gave their lives. 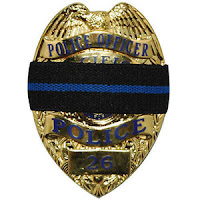 But there are systemic issues with the culture of law enforcement. Even as a rookie, I was confused by the militaristic model of training we received (picture red-faced sergeants yelling at recruits, making them drop for push-ups, etc.) A military model works for . . .  um, the military, which actually has an “enemy” and relies on instant, unquestioned obedience. That kind of role model is reinforced by peer pressure and instills in police recruits an expectation and demand for obedience and a respectful attitude from the public, which adds to the (human) difficulty of maintain stoic responses in the face of the opposite behavior. It is also not conducive to the type of independent and sometimes creative decision-making required of police officers on the street.

Officers are trapped in a system that measures and rewards them for writing tickets and making arrests. Think about that. Number one: Neither interactions are helpful to developing relationships. Number two: Officers tally up their tickets and arrests for evaluations and promotional decisions. So, in reality, officers chase an unknown number—a type of reward system that creates anxiety and competition, ill feelings in the public, and overfills our jails and prisons. Obviously, that is also driven by what society defines as criminal.

Add to that the systemic dysfunctions that create a breeding ground for crime, like a dearth of available, affordable drug rehab, mental health support, housing, and predatory lending, limited services for the homeless, food deserts, lack of arts and enrichment in schools, mentoring and tutoring needs, high speed internet, transportation, job training and placements—only to name some of the challenges facing a large portion of the population, mostly the people who both need and fear the police the most.

Then blame the police for not being able to solve the problems that arise from society’s dysfunctions. Throw in the perception and sometimes reality of police abuse, and it’s a no brainer to realize that much of the public has no trust for police or that police feel they are made “the enemy” and tasked to do an impossible job.

I want to be clear that police need to protect themselves and others. In 2/3 of the nation’s police departments the number of deadly-weapons attacks on officers averaged 27 per day. Officers need to be constantly aware and alert but call on those responses only as a last resort. This is a daunting requirement.

The links to crime

Studies show it is not the number of police or the number of arrests that affect crime. An avalanche of research in criminology is linking declining legitimacy with increases in crime. When Camden lost half its police force, it may not have been the lack of arrests per se that drove crime, but the perception that there weren’t enough police. People virtually stopped calling the police for misdemeanor infractions.

Predatory violence can increase because offenders believe victims and witnesses will not report incidents to the police—the primary reason that many homicides go unsolved and perhaps a reason behind the explosion of shootings in cities like Chicago during a pandemic. They don’t believe the police can or will be able to stop it.

Let’s talk about lack of trust. How do you trust someone you only have negative interactions with? How do you address the fear of police? For me personally, the reality of that hit home with two events—the killing of George Floyd and the Pittsburgh synagogue massacre. As a Jewish person, I appreciated the outpouring of sympathy and outrage at the massacre, but it did not make me feel safe. And I can understand that no amount of white participation in protesting and support makes black people feel safe.

The number of police shootings of unarmed Black shooting victims is down 63% from 2015. That does not make black people feel safe anymore than Chicago residents feel safe knowing that the weekend shooting sprees were anomalies in pandemic crime trends. Trust is going to take a long time to build and is going to be about people interacting with people in the community.  It must be, as it always has been, about relationships.

And how do police build relationships if they don’t have the time to do anything but answer calls or if they are busy making traffic stops and arrests to go on their monthly reports? I’m not saying those things should not be in law enforcement’s toolkit, but the majority of responses society needs from police officers are better addressed by a mindset and training as problem solvers with crisis intervention and de-escalation skills. Try to fit that into a military training model.

That said, even the military has recognized that many of today’s soldiers need multiple skill sets and the trust of the community in dealing with warfare in areas where the enemy is indistinguishable from innocent civilians. That takes a maturity, training, and value set reinforced by standards, expectations, and peers. The latter is the hardest to tackle but not impossible.

Police need to be screened, trained, evaluated, and importantly—paid as professionals doing an extremely difficult job. Yes, Camden put more officers on the street by paying them less, but their turnover is very high. That means they are investing in people who don’t stay. It helps payroll, but in the long run it will cost the city. Paying police more by itself doesn’t solve the issues, either, but without that, you are looking at reduced applicant pools, both in quality and quantity or, as in Camden, police who stay long enough to get trained and then leave for other jobs or other careers. That is actually an ongoing problem plaguing departments throughout the country, including Birmingham.

Change is needed, both for police and society. But just taking money from the police department is not going to accomplish anything of value. A safest metros’ report found that the most dangerous cities dedicate about 50% fewer dollars to police and public safety, and their community services allocations are 3 times smaller than in the safest metros.

In particular, taking street officers away from areas of high crime would be counterproductive and abandoning those who need them the most (see Camden, NJ). The city needs to invest in solving its problems, and that is going to take funds and dedication to do something hard. In a time when revenue is decreasing, that also means how to do more and be effective with less.

How to reduce costs

Although more officers overall doesn’t seem to affect crime, deploying more officers on the street in high crime areas has shown to be effective, and not result in more arrests, just less crime, especially if they have the time and motivation to get out of their cars and talk to and interact with the community. That means reducing costs and redeploying sworn officers.

Utilizing trained civilians could reduce the need for sworn officers in many positions. Working the front desks at precincts, as assistants in detective offices to deal with paperwork, contacting victims, etc. (possibly freeing some detectives to return to street duty). Why do we need armed officers to respond to accident scenes to take reports for insurance companies? Trained citizens could do that or even respond to theft/burglary or other after-the-fact calls where the major requirement is filling out a report.

Birmingham was an early leader (1970’s) in hiring social workers to follow up or to respond with officers to calls of domestic violence, mental health, child abuse, etc. But there are only 5 positions to cover the city 24/7. That program should be expanded, along with the resources they and police officers need to support their efforts to address community problems.

Technology can be employed.  Why do police have to stop vehicles to give tickets?  Yes, sometimes drugs or weapons are found that way, but is it worth it in terms of the negative association of citizens with police and the opportunity for harm to both inherent in even routine traffic stops?  We are quite capable of having cameras and computers monitor traffic violations and issue appropriate tickets.

Perhaps it is time to reexamine the possibility of sharing costly facilities like jails, dispatching, training, and vehicle pools and to evaluate law enforcement hiring and training—a topic unto itself. Monies saved can go toward addressing the communities’ needs.

But it shouldn’t stop at police departments. A reevaluation of where monies are going throughout city government is called for, to weigh the value of administrative costs and to shift people and resources where they are needed—more police on the streets, more investments in schools and youth, drug rehab, job training, and mental health services to start. With access to these resources, police can actually be problem-solvers, have alternative strategies to arrest, and can build trust in the communities they serve, and that will make their jobs easier and more rewarding and our communities safer.

Change is hard. It is much easier to keep the status quo. The pandemic has created a tough financial time for cities in addition to the pressure of calls for reform. We need to do more than just survive it. We need to use the opportunity to take a hard look at what we do, who we are, and who we want to be.

T.K. is a retired police captain who writes Books, which, like this blog, go wherever her interest and imagination take her.  More at: TKThorne.com 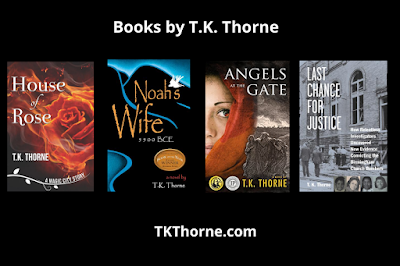