Watch Out for Falling Heroes—T.K. Thorne 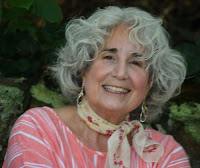 The past few months, heroes have toppled under the sledgehammer of truth. I’m not talking about the confederate statues; I’m taking about personal heroes. Among the fallen are L. Frank Baum, author of The Wizard of Oz books, who advocated exterminating native Americans; John Wayne, who made disturbing remarks about blacks and Native Americans: J.K. Rowling, who has made remarks some interpret as transphobic; and Dr. Seuss’ —of all people—whose cartoon art included racial stereotyping.  Classics like Tom Sawyer and Huckleberry Finn and Gone with the Wind are coming under scrutiny for racial stereotyping. 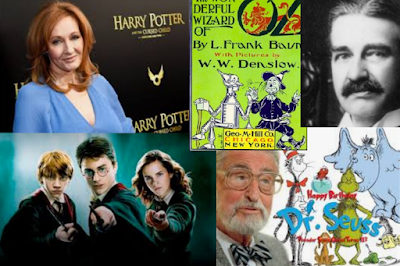 This is really nothing new. Gertrude Stein, an American poet and literature icon, sympathized with France’s Vichy regime (a puppet state for the Nazis). Ezra Pound, a major American poet, became a fascist collaborator in Italy during World War II. T.S. Eliot, a famous British essayist and poet was an elitist, writing that “a large number of free-thinking Jews is undesirable.” He did not espouse tolerance or even traveling widely and thus, presumably, exposing oneself to other cultures.

One of the real angsts about the historical book I am writing now is that one of my heroes stumbles on his pedestal. When he visited Birmingham sometime in 1963, his brother set them up with prostitutes (both were married). I worried about putting in that chapter, but the story was true and germane to the book. I grappled with whether to cut it or leave it. In the end, I decided it was true, and the truth was more important to tell.  Is he still a great man? A man to be followed and listened to?

I stopped drooling over actor Sean Connery when he said he thought it was “absolutely right” to hit women when they wouldn’t “leave things alone.” The “father of our national parks,” John Muir, had no place for indigenous peoples in his “pure” wilderness and was clear about his racist opinions about them and about blacks. Bill Clinton led record job creation but sullied the office of president with his shenanigans. John F. Kennedy was just as bad in that department, yet his words still inspire. Nixon created the Environment Protection Agency (EPA) and opened China, but also dishonored the office he held. Thomas Jefferson had slaves. Abraham Lincoln plainly said he had no intentions of freeing slaves. And the paragraph above regarding prostitutes refers to Martin Luther King. Even Mahatma Gandhi, surely an icon of peace and civility, said the Jews under Hitler’s heels “should have offered themselves to the butcher’s knife.”

What, indeed, are we to do? Everyone has flaws. No one is perfect. If you think someone is, you just don’t know about theirs. And one person’s “flaws” is another person’s “strengths of character.” Judging people is simultaneously harmful (“Judge not, lest ye be judged”) and necessary. We can’t choose a better path without acknowledging and turning away from ideas and behavior that will harm our social, cultural, and personal evolution . . . or our world.

Should we separate the person from their creations (art, writing, leadership) or do we turn away and disregard their accomplishments or creations because of the creator’s flaws? Is it a matter of strict lines in the sand? Should we make allowances for time, context, and culture?  Is justice  about punishment or mercy? Does it matter if the theft was a loaf of bread and the thief was hungry?

I suspect dealing with this is akin to the concept of forgiveness. Forgiveness is not about forgetting, turning from what is true, or acting like something didn’t happen. It is about letting go of the grip wrongs have on us; letting go of our own emotional angst and moving forward.

So maybe the answer is not to ban books or art (because ideas are next) or even to shun the art, works, or accomplishments of the flawed (because ultimately that is everyone), but to be aware and negotiate the complexity. What young children with forming ideas are exposed to may need to be more strictly scrutinized than what adults read. It’s important they be exposed to material that reflects the diversity of the world. Confederate statues are still art and reflect historical people and events, but do they belong in public squares as “heroes?” Can we appreciate the beautiful and charming aspects of Southern culture while remaining clear-eyed about the racism that dominated that way of life? Can we admire the stunning culture of the Japanese, while rejecting the blood thirst of feudal rulers and war mongers? Can we accept and understand structural racism can exist along with good, decent police officers?

This is hard. We are not wired to do this very easily. We are wired to want simple choices—good/bad, dangerous/not. We want (need?) our heroes to be perfect. And if they aren’t, we want to put our hands over our ears and shut our eyes. But they aren’t perfect. We aren’t. Our country isn’t. We can be patriots and criticize. In fact, we must if we are to continue making things better and stay true to the ideals that  many have given freedom and blood for. At the moment, we are so polarized, that one side cannot imagine saying anything good about the other, no matter what it is. Picking a path through this jungle is hard. It is much easier to stay divided, to cheer only for our team. But life is not like that. Life is change. It is complex and contradictory, even our heroes. We must make decisions as we pick our way through stony, thorn-filled paths. We must make choices. Sometimes they are obvious, but often they are not clear or perfect.

Sometimes they will just be the best we can do.

T.K. is a retired police captain who writes Books which, like this blog, go wherever her interest and imagination take her.  TKThorne.com 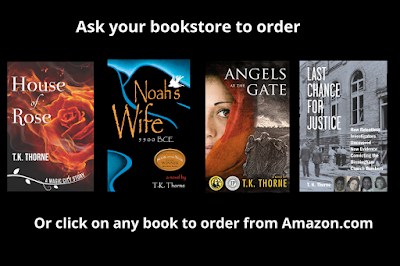