Judy Penz Sheluk here, except, well...I'm not really here, I'm at our camp on Lake Superior in Northern Ontario, hopefully enjoying a hot, sunny Canada Day. And because I wasn't sure if I could check in, I've invited my friend Vicki Batman to guest blog for me. Of course, like all best laid plans, Vicki's life recently underwent some unexpected twists. Here she is, talking about "The Aftermath." 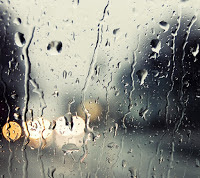 Weather is very interesting and certainly so where I live in Texas. Last Sunday, we experienced a “rain bomb,” a kind of microburst storm. I’d gone to church, and on the drive home, I noted the lightly graying skies. Surprising because the weather people said no precipitation—they are known to be wrong on multiple occasions. My brother and sister-in-law were visiting. Where they live, eastern Washington state, they don’t have big storms like we do, in fact, having far less rain than here. That shocked us. Most of their water is irrigated from the Columbia River.
Anyway, they came in the house, saying the skies were very dark north of us. Then boom! Rain fell from multiple directions. The wind swirled. I had never seen anything like this. I did know it wasn’t a tornado.
In the aftermath, lots of trees came down. My neighbor lost a huge branch off his tree next to his pool and yes, the branch fell across and into the pool. I saw a fallen tree, its roots pulling driveway with it. Limbs entwined with power lines. No traffic lights. Limited phone service. AND no power.
Fortunately, the temperature dropped to the low eighties. I’d stuffed the fridge with bags of ice. We listened to a battery-powered radio for updates. We carried flashlights everywhere (even the bathrooms). Utility companies drove in from many states to help restore power. Mine came on two days later. My kids got theirs three days later.
No power meant finding unique ways to work. When the phones operated again, I did a lot of emailing. I typed documents directly in the email body.
And I indulged in reading. It was glorious until…
the gas company sliced into the newly installed fiber optic line. LOLOL. Ah life.

Have you had power outages? Were you prepared? Did you run around frantically or relax a little? 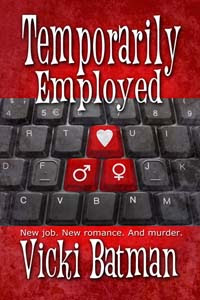 Many of you like reading, too. Let me share a bit from “Temporarily Employed,” my romantic comedy mystery:
No frisking and no arrests were--so far, in my book--a good thing. As Sarah Anne’s older brother, I found it easy to eliminate him from the stalker, murderer, and rapist categories. The something in the truck line sounded similar to approaches used in past dating experiences. For instance:
“Want to come up and look at my etchings?”
Translated: A roll in the hay.
Or the ever popular “Would you like to meet Mr. Lizard?”
Translated: Mr. Wiggly Worm.
“How about coming to my place for a drink?”
Translated: To ply me with multiple drinks and the requisite roll in the hay.
I hadn’t fallen for those then and wasn’t going to be a sucker now.
He stuck his hands on his hip and said, “I know what you’re thinking. I’m not a stalker, murderer, or rapist."
Apparently, he could read minds.
"Just a minute." I closed the door partially to release the chain, then opened it. “Why can’t you just tell me whatever it is?”
“No. I want to show you---”
“Not a Picasso?” I asked.
“No.”
“Not an iguana?”
A perplexed expression crossed his face. “A what?”
“Not your pet worm?”
“What pet worm?”
“Not---”
“Look, I don’t know what you’re thinking. The only worms I know about are for fishing.” 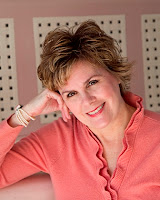 Award-winning author and bestselling author, Vicki Batman, has sold many romantic comedy works to magazines, several publishers, and most recently, a romantic comedy mystery to The Wild Rose Press.
An avid Jazzerciser. Handbag lover. Mahjong player. Yoga practitioner. Movie fan. Book devourer. Cat fancier. Best Mom ever. And adores Handsome Hubby.
Most days begin with her hands set to the keyboard and thinking "What if??" Find her at vickibatman.blogspot.com
Posted by The Stiletto Gang at 9:13 AM