I’ve been researching a book set in London.

Turns out, there are houses in London called “iceberg homes.”

Iceberg, because most of the square footage is hidden. Underground. Some of the houses descend four and five stories. They have pools. They have media rooms. They have spas.  They have bowling alleys. They have enormous garages. 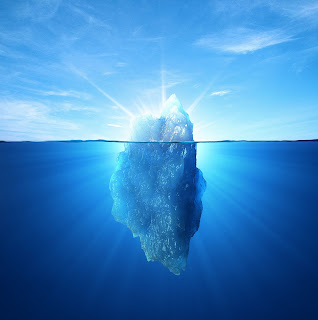 Those houses made me think about people.

We’re all icebergs. There’s the part that everyone sees. And there’s the hidden part.

I know writers who develop extensive notes on their characters. They know their character’s favorite color, astrological sign, and mother’s maiden name.

Julie Mulhern is the USA Today bestselling author of The Country Club Murders and the Poppy Fields Adventures. She is a Kansas City native who grew up on a steady diet of Agatha Christie. She spends her spare time whipping up gourmet meals for her family, working out at the gym and finding new ways to keep her house spotlessly clean--and she's got an active imagination. Truth is--she's an expert at calling for take-out, she grumbles about walking the dog and the dust bunnies under the bed have grown into dust lions.Action, adventure, mystery, and humor are the things Julie loves when she's reading. She loves them even more when she's writing!