Confessions of A Pantser or What's the Best Way to Write a Novel? by T.K. Thorne 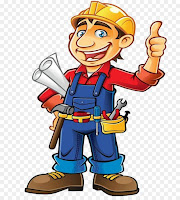 A controversy rages over the best way to write a novel—plotter vs. pantser.

A plotter is a writer who outlines the plot points and/or scenes before diving into the writing.

A pantser goes "by the seat of her pants," plotting as she goes. 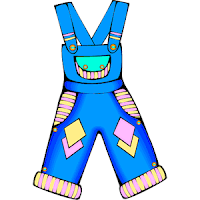 The truth is that writing a novel is a process that requires one’s entire brain in ways that neurological science has (yet) been able to completely understand.  For simplicity, let’s call it left brain and right brain processes. The left hemisphere is the origin for analytic/judgment making and the right brain is the origin of the creative/where-the-heck-did-that-come-from? You could also term it the conscious vs. the unconscious. I think in reality they both muck together a good bit, but we’ll use the terms for now.

One might say that plotters engage their left brain more in the planning process and pantsers use the right brain to come up with plot organically.  True and not true, but either way, I agree with Larry Brooks, who has postulated three stages for writing a novel.

• Search for Story
• Development of Story
• Polishing of Story

Both plotters and pantsers must follow these stages, although they do not have to occur precisely in order.  Sometimes you need to develop somewhat in order to find the story. Many writers advise writing a complete draft before you start polishing, but some writers polish as they go (which doesn’t mean you don’t need to rewrite. Robert Heinlein is the only person I know of who claimed he didn’t rewrite anything, and I’m not sure I believe him or possibly he said that toward the end of his prolific career.)

Some people start with the story concept, which is different from a plot, by the way. A concept might arise from something as simple as a “What if—?” question. What if a radioactive spider bit a man giving him super spider powers?  What if young boys and girls went to a secret school to learn magic?

Wow, we have a concept, the first step in writing a novel, right?  Right . . . except, not always.
It certainly can begin that way, and you can then explore the concept with an plot outline, noting the needed developmental points, develop the characters, and then write the story.  That may work best for you.

But it is not the only way to find story.

One day, I was brushing my teeth, and three words popped into my head, seemingly from nowhere.  The words were: “You’re a hero.”  I literally had nothing more, but felt the need to put my fingers on the keyboard and find out what lurked in my right brain/subconscious. Quickly spitting out toothpaste, I ran to my laptop and typed those words and then . . . let the muse play.  I’ve ended up with a trilogy. House of Rose is the first in the Magic City Stories.

On another occasion, I “saw” an image of a young girl listening to her grandmother and just started writing the scene, which turned out to be Noah’s Wife.  My next novel, Angels At The Gate, began without even a scene in mind, just a few words out of an audacious young girl’s mind.

So how exactly did that work?  Angels was loosely based on the biblical story of Lot’s wife. If you recall, she is the lady who looked back at the burning city of Sodom and turned into a “pillar of salt.” Nameless and only granted that one famous line, she didn’t give me much to go on. But I figured even as a child, she must have had a little problem with obedience. That led to the idea of her as a young, impetuous girl hiding a puppy in her robe. It could have been her own pup, but given the obedience issue, I decided she stole it. To explain why she stole it, I had to invent a character (the pup’s owner) who gave her a reason--she overheard him say he was going to throw it into the cook pot.) And so it went. The characters determined what happened, or at the least, how they reacted to whatever I threw at them.

In both cases, I did prior research about the time period, but I had no idea what the story would be.  I wrote based on the first words that came out, building layer by layer. You don’t have to keep those words, but they provide a launching place. A work of quality can emerge from this process. Both novels won national awards.

With that experience, I am tempted to give my truest advice with two words—Go Play!
On the other hand, I have been writing and studying the craft of writing (omg!) for 40 years. According to Malcolm Gladwell, who studies such things, it takes 10,000 hours to be an expert in anything.

Does that mean don’t try writing novels before you have the millage?  Absolutely not! Seven “practice novels” slumber in my computer, unpublished.  Writing them is part of playing and practicing.  It’s important.  And maybe it won’t take you that many!

In reality, plotters and pantsers exist on a continuum, and I am no exception.  My brain, no doubt, is bouncing back and forth as I work, right to left, left to right, subconscious to conscious, and vice versa (as my husband trying to get my attention will quickly tell you.) I may start out totally by playing, but at some point I am imaging scenes and dialogue in advance and write toward that. I may or may not make notes about where I’m going, but it is very helpful to have a ending in mind, even if it is a vague one.  And there are definite places (plot points) in most fiction where certain types of things need to happen, and knowing where they are is helpful.

What I don’t do is set how to get there in stone, because I like surprises as much as a reader. If I don’t know what is going to happen next, neither will the reader.  On the other hand, it is scary to start without knowing where you are going, especially if you have a publisher waiting for a book or if you are working on a series and don’t want to box yourself in by doing something in book one or two that will make book three not work.

So, I will amend my advice: Do what works for you. Be a plotter or a pantser, or something in between, or switch as you go. Whatever works is the right way.