The Case of the Dead Fish

A reprise because Mother's Day was just too much fun!

On Friday I got a text from my youngest daughter. “Mom, we owe my math teacher a fish.”
That didn’t sound good.
“What?” was my witty response.
“I killed the class fish.”
“How?”
I waited for an answer. And waited.
Just how had my daughter murdered the class fish?
And why?
Had the fish angered her? Stolen fish flakes?
I like killing people. Such is the nature of a mystery writer.
Pets are another matter.
Why had she killed the fish?
It was an accidental murder. She tripped over the cord to the fish tank, pulled the tank from its table, soaked herself in fish water, and jettisoned poor Sebastian the fish into the wild blue yonder.
For the record, my daughter’s name is not Grace.
So, what can be said about the death of a fish? 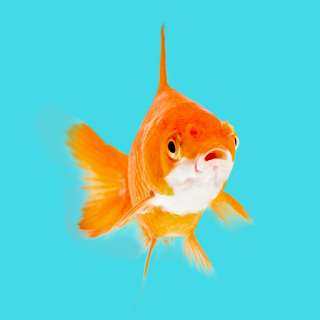 Sebastian was just swimming along when an act of God (or not-Grace) ended his life.
I asked not-Grace if there was a moral to the story.
“Watch out for cords?” she suggested.
There has to be something more.
Maybe it's that life is precious. And fleeting. And unpredictable.
You can be swimming along and then out of nowhere you’re flying through the wild blue yonder on your way to the big pond in the sky.
Or perhaps the lesson is that feet resemble prunes when jammed in wet tennis shoes for a whole day.
Perhaps, there is no moral. Perhaps, killing people on the page has me reading too much into the death of a fish. Perhaps not.
It's a mystery....

Julie Mulhern is the USA Today bestselling author of The Country Club Murders.

She is a Kansas City native who grew up on a steady diet of Agatha Christie. She spends her spare time whipping up gourmet meals for her family, working out at the gym and finding new ways to keep her house spotlessly clean--and she's got an active imagination. Truth is--she's an expert at calling for take-out, she grumbles about walking the dog and the dust bunnies under the bed have grown into dust lions. Her next book, Shadow Dancing, releases June 19th.
Posted by Julie at 12:00 AM