In Praise of Prologues

Do you skim prologues?

Shrug when you finish and begin Chapter 1 (the real story)?

Feel “manipulated” when you finish the book?

Prologues stir up a lot of discussion among writers and readers. Personally, I like them if they’re more than hype. Winding up a seven-book series, I decided to use seven prologues in the final book.

Crazy? Maybe. But. I think they work. Because they satisfy introducing unanswered background story questions from the previous books.

Each of the min-prologues layers into the subsequent plot—though in one instance, the reader may get a surprise at the twist. In length, they range from three lines to one page. Two different backstories emerge. Ultimately, they tie the whole series together.

Each mini-prologue falls under the general heading of Prologue. I used lowercase Roman numerals to distinguish each one.

Would I try this structure again?

Right now, I’ll say yes. As a writer, I really enjoyed the challenge.

What about you? Would you take one look at those Roman numerals and throw the book against the wall? Would you read them and then delete the book from your eReader?

************
The Whole Truth marks a resting place for AB. Sliding down the slippery slope of writing noir has opened up a lot of ideas. This summer she plans to read more for pleasure, dance more for fun, walk more for health and write more about love. 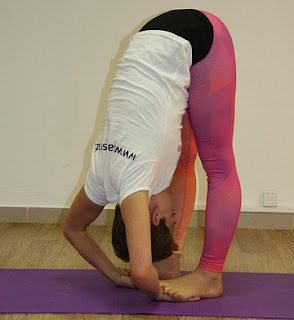