This year at Malice Domestic, I had the privilege of moderating the panel on Murderous Wit. It featured five outstanding authors (my Stiletto Gang blogging partner Sparkle Abbey, the team of Mary Lee Ashford and Anita Carter, Ginger Bolton, Becky Clark, and Lida Sideris). Not only did I enjoy getting to know each of these writers better, but I learned so much from hearing about their techniques and series. 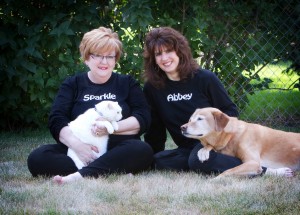 I have long admired Mary Lee Woods and Anita Carter, who write the Pampered Pets mystery series, and I always look for them at Malice, wearing black shirts that identify ML as “Sparkle” (after her rescue cat) and Anita as “Abbey” (after her rescue dog). Their titles are delightful take-offs on movies, TV shows, and well known stories including: Desperate Housedogs and Get Fluffy. As collaborators, they plot together, then separately craft each novel in their series, featuring a different protagonist. ML writes about Caro Lamont, a former psychologist turned pet therapist, and Anita’s main character is Melinda “Mel” Langston, a disgraced Texas Beauty Queen who owns a pet boutique. 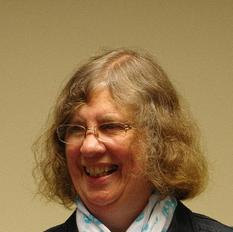 Before beginning her current donut shop series, Ginger Bolton previously wrote the Threadville Mystery Series under the name Janet Bolin. Located in Threadville, Pennsylvania, a town of fabric, yarn, quilting, and embroidery shops, the first book, Dire Threads, was nominated for an Agatha. Her donut shop series features Emily Westhill, who runs the best donut shop in Fallingbrook, Wisconsin, alongside her retired police chief father-in-law and her tabby Deputy Donut. Survival of the Fritters is available and Goodbye Crueller World comes out in August. Ginger based her new series on an actual donut franchise that started in Clare City, Michigan. Its name is Cops and Doughnuts and its website is https://copsdoughnuts.com/.

With Ted Hardwick, Becky Clark has written the Dunne Diehl (pronounced Done-Deal) mysteries. She has a new series, Fiction Can Be Murder--A Mystery Writer’s Mystery, where her protagonist is mystery author Charlemagne “Charlee” Russo whose agent is found dead exactly as described in Charlee’s new, unpublished manuscript. Becky is the seventh of eight children. She creates purses from book covers and sells them on Etsy as Lazy Squirrel Designs. She had us all laughing as she seriously insisted, “Humor is funny.” 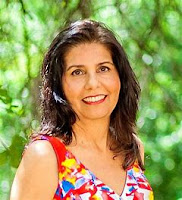 On her website, Lida Sideris writes about how she grew up believing she had been born in North Hollywood, an image she associated with glamour and cocktail dresses. When she located her birth certificate and found it said North Glendale, she took to writing instead of therapy. She and her protagonist, Corrie Locke have both worked as entertainment attorneys for film studios. Lida writes the Southern California Mystery series that includes Murder and Other Unnatural Mysteries and Murder Gone Missing.

I was intrigued to find connections between Nancy Drew and animals with all of these authors. In reading their work, I learned they not only knew how to turn a clever phrase, but also understood how to craft a page turner plot. If you want to learn about or enjoy excellently paced storytelling, check out these novelists. They will captivate you.
Posted by Paula Gail Benson at 12:00 AM