Confessions of a Conference Junkie

CONFESSIONS OF A CONFERENCE JUNKIE by Debra H. Goldstein

Writing conferences cost money, take precious time out of one’s schedule, and always seem to have chicken on the banquet menu.  Despite their bustle, loudness, and sense that people are constantly out to sell themselves, I love attending them. I am a confessed “Conference Junkie.” Whether the conference is fan oriented like Malice Domestic or Bouchercon or more devoted to the craft of writing like Sleuthfest or Killer Nashville, I always come home having learned something and, more importantly, having made new friends.

In some ways, networking at conferences is my favorite part.  Although I tend to be an introvert,

there are numerous ways, besides the bar, for me to meet, mingle and make an acquaintance who grows into a friend. One of the best ways to interact with four or five people is being a panelist or a moderator. Not only does one get to know the other panelists through email exchanges before the conference and often a meeting before the actual panel, but the wider audience attending the session has the opportunity to put your 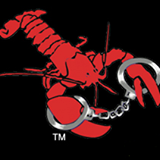 name and face together. Because of my panel participation, I’ve made friends who have invited me to join a group blog, people who as Facebook and Twitter friends reciprocally share the good things happening to us, and writers further up the food chain who have given me golden advice.

I will always remember Malice Domestic 2012 as the place I acquired my first two loyal fans. I was participating in the New Authors breakfast when two women randomly sat at the table with me because the seats at the table they really wanted were filled.  As one of the twenty-four new authors summarizing my book and my life in three minutes, I decided to stress the fact that my book, Maze in Blue, was designed to be a beach or airplane read – fun and fast. I topped my presentation off with an anecdote that left the room laughing and convinced the two women that not only had they not made a mistake sitting at my table, but they wanted to purchase my book.  A year later, as I walked into the Sisters in Crime breakfast, the same two women grabbed me, told me how much they enjoyed Maze, and asked if I would join them for coffee or a drink. In the three years that have followed, we always make time for each other – they’re my fans and I’m indebted to them for being avid readers of my works. 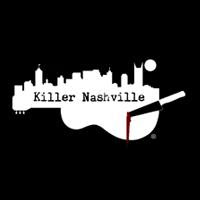 Killer Nashville is one of my favorite writer-centric conferences because I found the publisher for my newest book, Should Have Played Poker: a Carrie Martin and the Mah Jongg Players Mystery, there.  The KN panels, which I have been lucky enough to be on since Maze in Blue was published, are geared toward skill development or specific topics of interest to authors. In addition, usually, Sisters in Crime offers an educational workshop that sells out and is fantastic and Mystery Writers of America offers an equally impressive opportunity to socially network.

Private agent and editor critiques are available at Killer Nashville but rather than pitch sessions, one can sign up for agent and editor roundtables.  The roundtables each have ten to fourteen registered writers and two of the featured guest agent/editors. The first two pages of each roundtable participant’s work is read aloud and orally critiqued by the agent/editors, who also can express whether they would like to see more of the manuscript. In addition, everyone in the room has a paper copy of the pages on which they can dash written comments that are handed back to the authors.  In my case, Deni Dietz gave me some solid comments, but also asked to see the entire book. Within days of receiving my full manuscript, she purchased it for Five Star.

Some of the other well-run conferences I have attended and plan to go back to include Sleuthfest,

New England Crime Bake, Murder in the Magic City, Murder on the Menu and the Alabama Writers Conclave. The latter three tend to draw more regional attendance, but their workshops and execution are just as good as some of the more nationally recognized conferences.  The Alabama Writers Conclave this year will be in Birmingham from July 15-17 while Murder on the Menu and Murder in the Magic City are always held in February.

In the next year or two, I hope to be able to report attending some of the other ones that everyone raves about like Left Coast Crime and Police Writers Academy.  Let me know about some of the other ones I need to add to the list this self-confessed “Conference Junkie” should attend.
Posted by Debra H. Goldstein at 6:00 AM