7 Questions Turn a Pink Bicycle into a Mystery 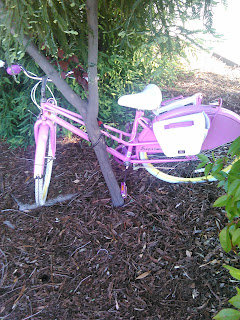 Walking alone, because I lope rather than walk, before breakfast offers a chance to think. Or let my mind wander. Birds and trees and pots of flowering plants brighten my route in a nearby church parking lot. Two weeks ago shortly before sunrise, the pink bicycle surprised me.
Questions—without answers—hip-hopped in my head as I walked on. A large trash container loomed at the bend of the parking lot. Suddenly, my route felt very deserted. It WAS deserted. The mystery writer in me imagined an arm extending from behind the walled trash cans. I locked my jaw.
Like any good accidental sleuth, I swore I wouldn’t scream. I fumbled for my cell phone and picked up my pace. 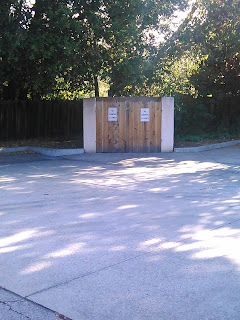 Okay, I admit my heart was thumping as I approached the trash cans. Whether from fear or embarrassment I wasn’t sure. A quick search—a half- second glance—revealed an intact lock on the
sturdy wooden doors. My heart slowed, but my face burned a little. Done in by my own imagination.
Laughing, I took three more turns around the parking lot. I breezed past the pink bicycle. Didn’t miss a step trotting past the trash container. My mind, though, churned.

Would the bike still be there as I took my pre-dinner walk? What if it was? Should I check the saddlebags? Should I report my find to the church secretary? Should I accept that the pink bicycle might belong there after all? Should I stop obsessing?

The bike stood in the same place that evening, the next morning, and for fifteen days afterwards. It soon faded into the background. Story questions for my psychological suspense series, Silicon Valley Murders, tumbled in my head like clothes in the dryer. Strategies for the book launch of the prequel, The MisFit, took over. I walked faster and faster until I reached a Zen-like mountaintop several times.
Two weeks after first spotting the mysterious pink bicycle, though, it disappeared. No sign on my morning or evening walk. The minister who often parked near the same tree looked at me askance (that means as if I’d gone off my meds). Dusk was falling. He hurried to his car, calling over his shoulder he was late for dinner.

My husband listened to the disappearance-twist, but the Warriors’ game claimed his attention. He long ago gave up understanding where ideas for my stories start. He definitely never caught my interest about a parked bike. What was the big deal?

Admittedly, I don’t foresee a pink bicycle in any of my upcoming novels about a psychopathic killer . . . though he does grow up in Denmark, where bicycling is almost as ubiquitous as it is in Holland . . .
What about you? What kinds of ordinary objects kick start your writer’s imagination? 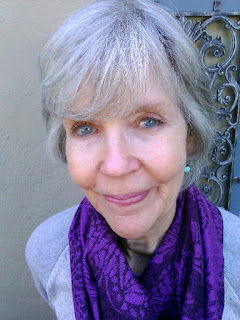 AB Plum was born reading—according to her mother.  She started writing shortly thereafter. Careers in teaching, public libraries, and high-tech in Silicon Valley ate into her writing, but she kept a journal of ideas for future novels. She reads widely and writes across the genres of romantic comedy, romantic suspense, and now psychological suspense. She went from publication with a traditional NY publisher to an E-publisher and now is jumping into self-publishing with her upcoming novella, The MisFit. When she’s not reading or writing, she hikes just off the fast lane in Silicon Valley.
Posted by marjoriespages.com at 4:00 AM