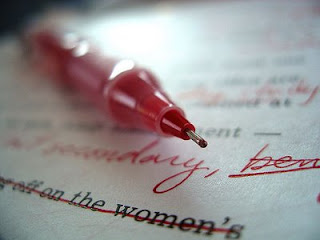 At the end of a course I recently taught, one of my students sent me a scene-by-scene outline of her book. I could see as I considered it where her problem lay—and it was a pretty major problem. I had to consider whether to soft-pedal my response. This student had been very open about how discouraged she was, and I certainly didn’t want to discourage her any more than she already was. Still, I gave her my best detailed critique of what her book’s problems were and what she could do about them. Then, I took a deep breath and tried not to think about it.

I stopped doing developmental editing for quite a while after a run of several clients who didn’t really want truthful, constructive criticism, even though they were paying for it. When I did return to developmental editing (at the request of a couple of students), I wrote a one-page information sheet that I give to all prospective clients. It explains what developmental editing is, what it is not, discusses the cost and details of what it entails, and ends with this paragraph.

“This kind of editing entails clarity and honesty about the manuscript’s strengths and weaknesses and how to improve it, always keeping in mind the writer’s original vision. It is not for writers who have problems with criticism of their work or who are seeking an ego boost. For such writers, developmental editing is a waste of their money and of my time.”

One of my current clients laughed when she read it and said, “It sounds like you’re trying to drive away business, not attract it.”

I nodded. “I am. If someone’s not serious and professional, I don’t want to deal with them.”

My recent student came through like a champ, though. She emailed a long thank-you for the critique, saying no one could or would ever tell her what wasn’t working in her book. She’s now all enthusiastic about doing the necessary work to make her book good. And I was grateful and relieved to read that she has such a professional attitude.

Aspiring writers sometimes forget that, even when they have publishing contracts, they will have editors who will point out ways in which their books could be stronger. If they’re lucky, their agents will already have done some of that. It’s a natural part of the publishing process. Almost every change my editor ever wanted me to make worked to create a better, more powerful book. Part of being a professional writer is being able to make good use of professional editing critiques from teachers, developmental editors, agents, and publishing house editors.

What are your feelings about editorial feedback? Are you one of those writers who see the editor as a natural enemy? Or are you one, like me, who sees the editor as the person who’s trying to keep you from looking bad in public? 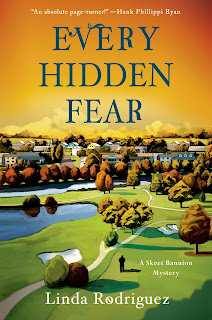 
For her books of poetry, Skin Hunger (Scapegoat Press) and Heart’s Migration (Tia Chucha Press), Rodriguez received numerous awards and fellowships. Rodriguez is 2015 chair of the AWP Indigenous/Aboriginal American Writer’s Caucus, past president of the Border Crimes chapter of Sisters in Crime, a founding board member of Latino Writers Collective and The Writers Place, and a member of International Thriller Writers, Wordcraft Circle of Native American Writers and Storytellers, and Kansas City Cherokee Community. Find her at http://lindarodriguezwrites.blogspot.com.
Posted by Linda Rodriguez at 12:30 AM