I recently attended the first annual BroadwayCon (January 22-24, 2016) which pays homage to Broadway with panels, workshops, fan meetups, and performances.

8:30am I stood on line to register for BroadwayCon. Got my badge, my 21+ age bracelet and my goodie bag, I was hoping for at least a CD. (Note to Bouchercon, Left Coast Crime and Malice organizers, you have spoiled us with what you give in the goodie bag.) 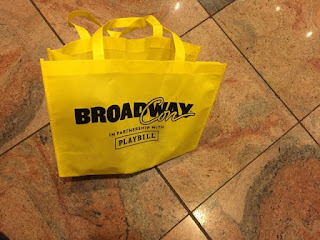 The day started with a meet and greet but I was more excited to see the opening ceremony which started with a skit to the medley of “Good morning Baltimore” from the Broadway musical Hairspray, talking about the idea and creation of a BroadwayCon. It was a great skit with a lively tune that set us up for the rest of the weekend. At the end of this mini-presentation, everyone involved came back on stage for the Broadway salute with special appearances by Renée Elise Goldsberry, Tommy Tune, Lena Hall, and Ben Vereen. Because of other commitment, we saw a video message from Idina Menzel, James Snyder, and LaChanze who could not be here. 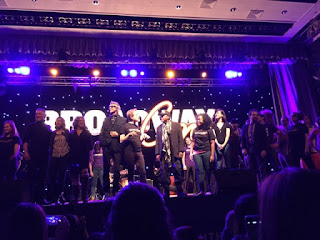 Then what most of the audience was waiting for . . . “History is Happening In Manhattan: The Hamilton Panel” with cast and crew led by Lin-Manuel Miranda with Renée Elise Goldsberry. It was a conversation that was quite entertaining and engaging. Everyone talk about when they got the call to audition and/or they got the part. I think there was a Q&A, but not so sure. Regardless it was a fun hour with the cast and crew. Oh Lin-Manuel did an impromptu rap . . . he’s too darn good. 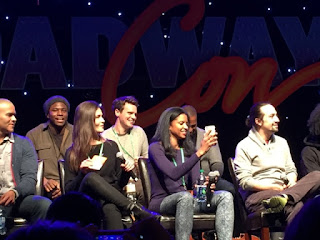 Next up was the panel “10,514,880 Minutes: How Do You Measure 20 Years of Rent?” and we all cheered with the cast and crew entered the stage to the well-known signature song of “Seasons of Love.” One by one we got to hear from them as they talked about what being in the production did for themselves. I was so hoping that they would have closed the panel talk “Seasons of Love.” In another impromptu action, one of the performers, Daphne Rubin-Vega, made a phone call to Jessie Martin who was in Vancouver, which was awesome. 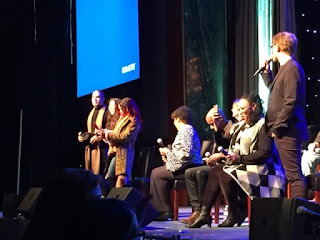 The day ended for me after attending “The BroadwayCon Jukebox” where the audience voted on the songs the performers was going to sing and what a fun hour that was. There was one actress who sang hard rock – she had a voice on her. All of them were great. 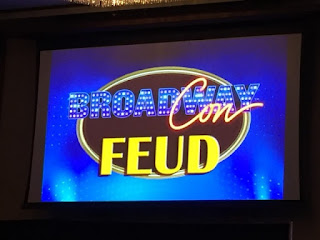 On Saturday, the day started with attending “The BroadwayCon Feud” which is exactly what it is, a take-off of Family Feud and it was fun watching the Broadway stars answer the questions. Some questions were easy and some were tricky and then I went to the “I Can Do That! Broadway Siblings” talk. 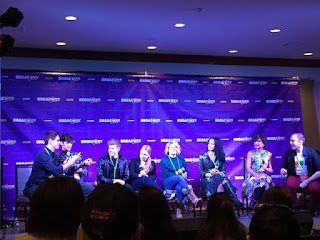 Then there was the blizzard that closed Broadway and the organizer came up with the “Broadway Party Line” where they cold-called many Broadway performers such as Idina Menzel, Patti LuPone, Joel Grey, Audra McDonald, Harvey Fierstein, Betty Buckley, and others.

At the end of the day there was “The First Annual BroadwayCon Cabaret” and it was a blast. Krystie Rodriguez entertained us and boy does she have a great voice. I didn’t stay till the end because my bedtime was 2 hours ago. 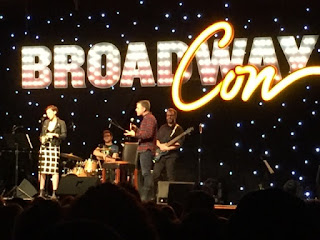 All in all, I had a great time. Would I do it again? Maybe, although I got money’s worth on day 1, ,so maybe a day pass is in order. We’ll see when BroadwayCon 2017 is confirmed with place and date.

Dru Ann
Posted by The Stiletto Gang at 1:00 AM