Some Mystery Related Influences from my Childhood

Many mystery authors attribute reading Nancy Drew mysteries for the writing they do now. I also read Nancy Drew, but looking back, I believe many other things from my childhood had a greater influence on what I do today.

Most of you know I'm much older than all the rest of the contributors to this blog. I grew up during World War II--and when I was about 10 I was convinced I would be asked to be a spy if the enemy landed on our shores. I lived in Los Angeles and we had black-outs, air raid drills at school, and I was highly influenced by the newsreels at the movies.

As for movies, we went every Friday night and stayed for both features. The 2nd one was always a B movie usually about gangsters, but often a mystery. My parents never questioned whether anyting was appropriate for their daughter or her 5 year younger sister.

At home, I listened to the radio faithfully. Having my own radio (a Christmas present) in my room meant I heard nearly every episode of all the mystery shows: The Whistler, Suspense Theater, The Adventures of Sam Spade, The Shadow, Inner Sanctum.

My little Philco radio also picked up police calls--which I was forbidden to listen to, once my mom found out about them. However, I still listened to them at night--and I heard the reports when the Black Dahlia's body was found. Gave me nightmares for weeks.

My family subscribed to three newspapers: The L.A. Times, The Herald Examiner and The Daily News. I don't think my dad ever read them--but my mother did. The Daily News had the most gossip and "best" photos. The articles I remember most were about the Black Dahlia murder and also the murder of Lana Turner's boyfriend--by her daughter. Any death reported in their pages always carried the lurid details and graphic photographs. I didn't pay much attention to the other news, but devoured all the reports about murder.

And one last memory. One of my mother's church friends murdered her husband. While he slept on the couch, she hit in in the head with an axe. I was young and don't remember many details though I do know she was put into a mental institution. One more thing, I heard one of my mother's friends say, "He was the most boring man I ever met. If I'd been married to him, I might have done the same thing."

Okay, you other authors, any similar childhood memories influence you?

And readers, what happened in your childhood that might have influenced you to read mysteries? 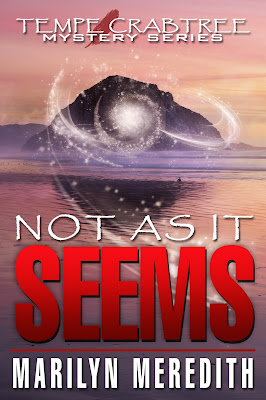 P.S. Yes, I do use some of what I remember in my books--old and newer memories.