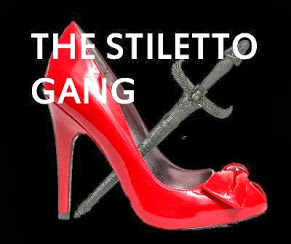 NCIS Anyone? by Debra H. Goldsein

I should be revising a manuscript today but instead I’m watching an NCIS marathon. Why? Because I’m intrigued trying to figure out why this show remains in the top ten despite its thirteenth season being about to begin.

Maybe it is the guest stars? Today’s marathon is older shows, but I recognize the faces of many bit part players as actors who went on to bigger roles. Also, there are several, like Ralph Waite, Lily Tomlin, Gena Rowlands, and Robert Wagner, whose characterizations are so good and so deep that for a moment I forget the movies and shows that brought them to public prominence. But then again, while some episodes use stars I recognize, most don’t so that can’t be what keeps people tuned in weekly.

Maybe it is the plots? Nah. They all stick to a standard format. A cute scene that results in a dead body being found that just happens to have a navy relationship so the NCIS team can be on the case, confusion and a beginning hypothesis that establishes a point for the team to begin investigating, lab and/or pathology findings that clarify the path the team should follow, an obstacle, and a clever resolution. In other words, writing’s three act concept: Act One – setup with an inciting incident and a plot point, Act Two – confrontation with a midpoint and a second plot point, and Act Three – the climax and resolution. After twelve years, the format is predictable so that can’t be what keeps the show in the top ten.

Maybe it is the NCIS team? Gibbs (Mark Harmon), Tony (Michael Weatherly who I acknowledge has a cute smile), Abby (Pauley Perrette), McGee (Sean Murray), Dr. Mallard (David McCallum), Jimmy Palmer (Brian Dietzen), the director (Lauren Holly in many episodes and now Rocky Carroll) plus the different female members of the team (Ziva – Cote de Pablo, Cait-Sasha Alexander-who now stars in Rizzoli and Isles, and Bishop-Emily Wickersham) blend well. Each has a quirk or a specific personality characteristic that makes interaction with the others comical, impossible, challenging, and downright fun.

The interesting thing is that like a well-written series of fiction novels, watching a marathon lets one see how each character grows and matures over the years while also observing how even a slight modification impact the character’s interaction with the other members of the team. In my mind, it is the subtle character changes that keep this show in the top ten. If these characters never grew or matured, the show would have gone stale years ago.

Will I be watching the thirteenth season’s premiere? You bet. Gibbs was shot and while I know Mark Harmon’s character won’t die because Jon Cryer, playing against character, will successfully perform a surgery that saves Gibbs’ life, all of the trailers promise that this will be a season of introspection for all of the main characters. I’m hooked enough to want to go on the ride with Gibbs and his team. Will you be joining me?