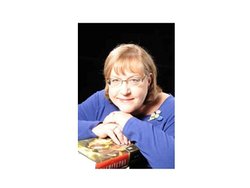 I met Susan F. Craft when I joined the local Inkplots critique group. She spent a lifetime wanting to be a writer. She has said, “I cannot remember a time when I did not want to write. Somewhere in my attic I have a book, The Mystery of the Whistling Cave, which I wrote and bound myself when I was eight and enthralled with Nancy Drew.”


She developed a special love of history in school and, according to her bio, “researches her novels with the same excitement as Alan Quartermain hunting for King Solomon's Mines and with the persistence of Lewis and Clark enjoying the chase when a clue leads her from one ‘treasure’ to the next, to the next.” I have seen her give fascinating presentations where she brings a treasure chest of items she has acquired in research efforts. She enthralls audiences telling about her discoveries. 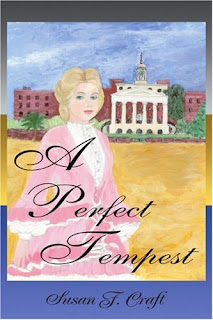 At the University of South Carolina, she received a degree in Broadcast Journalism, then had a distinguished 45-year career that included working for SC Educational Television, the SC Department of Mental Health, the SC College of Pharmacy, and the SC Senate. Her first novel, which she self-published with her own cover art, was A Perfect Tempest, a civil war story that took place on the grounds of the State Mental Health Hospital, known at that time as the South Carolina Lunatic Asylum. Then, a small regional publisher released her Revolutionary War romantic suspense, The Chamomile, which also featured her cover art and won the respected Southern Independent Booksellers Alliance’s Okra Pick Award in 2011. 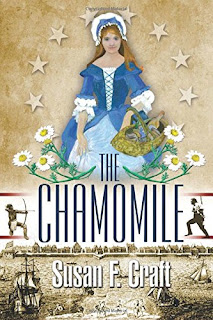 This year, in January and September, Lighthouse Publishing of the Carolinas released the two post-Revolutionary War sequels, Laurel and Cassia, as well as acquiring the rights for The Chamomile and offering them as the Xanthakos family trilogy. In addition, Lighthouse employs Susan as an editor for other books, including The Yuletide Angel, by Sandra Ardoin.

In doing research for The Chamomile, Susan contacted members of the Long Riders’ Guild to learn more about a lengthy journey on horseback, which led to the organization asking her to write A Writer's Guide to Horses, available on the website of the Long Riders' Guild Academic Foundation, www.lrgaf.org. The Guide provides authors with comprehensive information to help them accurately portray horses and riders in their works.

Susan is married Rick, her high school sweetheart and now husband of more than 45 years. They have two wonderful adult children, an adored granddaughter, and a very special granddog named Steeler, who became the inspiration for a protective mastiff character in Cassia.

Like many people, Susan has a bucket list. “So far, I have screamed my way down the Nantahala River whitewater rafting (although the screaming part was not on the list); I parasailed (breathtaking experience); I scheduled a hot air balloon ride, which, sadly, was cancelled due to bad weather (this greatly relieved my sister whom I had cajoled into going with me); and I fulfilled a lifelong dream to learn how to play the drums by joining the University of South Carolina New Horizons Band. The clarinet is next, I think, as the percussion instruments are too heavy to haul around. I want to visit at least ten national parks, take a mule ride through the Grand Canyon, ride a gondola in Venice, and visit a winery in Tuscany, Italy.” 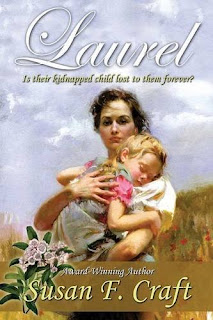 Represented by Linda S. Glaz, Hartline Literary Agency, Susan has become a dear friend who always is ready to offer support and encouragement. I’m celebrating her great success and looking forward to reading her future endeavors. 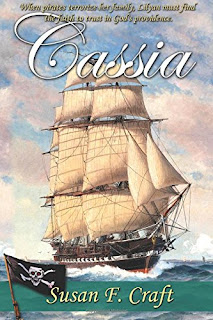