Alice Munro’s winning the 2013 Nobel Prize in Literature brought notice to the thriving short fiction community. Due to electronic publishing and online markets, the opportunities for placing short stories have multiplied. Authors are encouraged to write stories involving recurring characters in order to keep readers satisfied while waiting for the next book’s release. 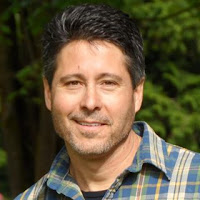 Consider Robert Dugoni. He became a New York Times bestselling novelist writing about David Sloane, the lawyer who cannot lose, featured in five novels, The Jury Master, Wrongful Death, Bodily Harm, Murder One, and The Conviction.  Robert’s new protagonist is former teacher and current homicide cop Tracy Crosswhite who appears in My Sister’s Grave and Her Final Breath, which debuted in September. Prior to the release of each Tracy Crosswhite novel, Robert published short stories about the character as Kindle shorts. In “The Academy,” Tracy makes the transition from being a teacher to law enforcement trainee. She encounters resistance from patronizing detective Johnny Nolasco, who she continues to contend with in the novels. She also has an opportunity to demonstrate her shooting skills and people managing capabilities. In “Third Watch,” Tracy has joined the force and finds herself alone responding to a critical situation. Robert bases both of his shorts in a time period prior to Tracy’s novels so he can allude to what she has to face without having to work around “spoilers.”


Because short stories are eligible for awards, they offer not only writing credits, but also the ability for an author to develop a higher profile in the writing community. The Short Mystery Fiction Society offers free membership through its website. In addition to a very informative list serv and opportunities to meet other members at mystery conferences, the Short Mystery Fiction Society presents the prestigious Derringer Awards, honoring different lengths of mystery shorts, each year at Bouchercon.

The encouraging aspects of writing short stories are:

On the down side, crafting a short story may be as complex as developing a novel, renewed interest in the market has increased the competition, and the few markets that pay are not lucrative.


Personally, I’ve benefited greatly by submitting and being published as a short story writer. I’ve learned about the craft and discipline of writing and met some phenomenal authors. I asked my blogging partners here at The Stiletto Gang if I could invite some short story writers to be interviewed and the SG regulars were kind to agree. If you write shorts and would like to participate in our impromptu series let me know. I’m looking forward to introducing you to these talented authors and showcasing their work.
Posted by Paula Gail Benson at 12:00 AM