That Editing... So Hot Right Now 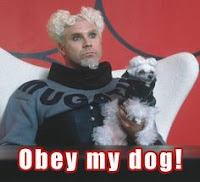 It's that time again. The editing time.  The time when I get back all the stupidy stupidy line edits and have to go through and approve them. That's the worst part.  I have to approve them.  OK, I don't absolutely HAVE to, but the truth is about 8 out of every 10 line edits are the correct decision. Of the other two, one is probably a matter of preference and the other is absolutely right the way it was the first time. Why don't you understand my genius you piddling moron who is merely paid to sift through the words and divine my sheer awesomeness?

It's possible that the last sentence there was a bit of an overstatement.

But my secret internal Mugatu doesn't think it was. 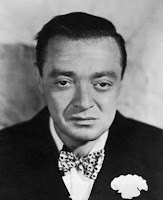 Mugatu, for those who haven't watched the hilariously improbable Zoolander, is the fashion designer / evil genius, played by Will Ferrell, who is attempting kill the prime minister of Malaysia by brainwashing male model Derek Zoolander. Many writers, myself included, seem to yo-yo between the states of modesty (I write pretty well), ego (I'm a genius!!), and self-hatred (why would anyone read the crap I produce?). I picture modesty as the quiet saintly type – a Buddhist nun (who secretly knows kung fu) and self-hatred as the goggly-eyed guy from the Maltese Falcon who says the worst things in the sweetest voice.  And nowhere are those states of being more quickly cycled through than the editing rounds. Each tweak of the text from the editor is like some sort of judgement from on high that can send me off into a Mugatu-esque rage or goggly-eyed shame spiral.  It's up the the Kung Fu nun to bring balance and harmony. Although, admittedly sometimes the nun needs a little help from a glass of wine and a jog around the block.

Bethany Maines is the author of the Carrie Mae Mysteries, Tales from the City of Destiny and An Unseen Current.  You can also view the Carrie Mae youtube video or catch up with her on Twitter and Facebook.