I’m here to talk about holidays. Since we recently celebrated Christmas, holidays are on my mind. 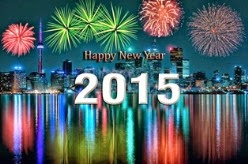 Did you there are hundreds of holidays that are celebrated and/or observed in the United States? We have Federal Holidays which is an authorized holiday that has been recognized by the U.S. government; then there are celebrations and observations; religious observations; state and local municipalities observations; the list can go on and on.

How did these holidays come into existence? What do they all mean? Well, I’m going to tell you.

Other Celebrations and Observances

There are many religious and ethnic celebrations in the United States; even though they are not national holidays. For example, Christians celebrate the resurrection of Jesus Christ on Easter, Jews observe their high holy days in September, and Muslims celebrate Ramadan.

My favorite holiday is Thanksgiving where families gather together to enjoy a good meal and good company.

What’s your favorite holiday to celebrate?