FOR HOLIDAY READING AND GIFTING: THE YULETIDE ANGEL by Sandra Ardoin

Previously, Sandra Ardoin has published short stories and devotional work. Her fondness for horses and westerns led her to write The Yuletide Angel, a delightful holiday romance novella taking place in the 1890s, and available through Amazon.

I asked these two engaging authors if they would tell us a little about the writing and publication of The Yuletide Angel. Here’s a brief summary of the story: 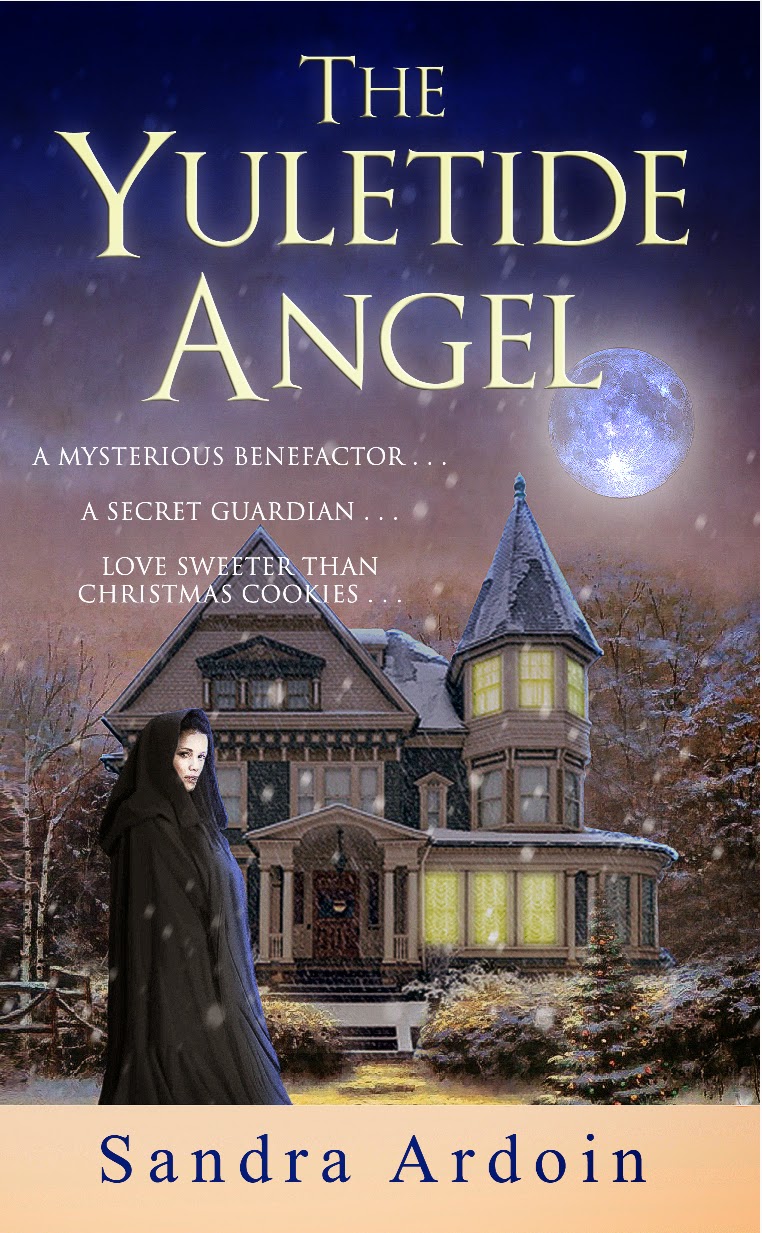 As Christmas approaches in Meadowmead, the residents anticipate visits from the Yuletide Angel, an unknown benefactor who leaves packages on the doorsteps of the needy. While others speculate about the identity of the Yuletide Angel, grocer Hugh Barnes has discovered it is his quiet, socially awkward neighbor, Violet Madison, a spinster who keeps house for her brother. Hugh takes it upon himself to be Violet’s secret protector during her nighttime journeys. When Violet’s brother announces his engagement, Violet decides to support herself by seeking to sell her baked goods and Hugh gives her the opportunity at his store. While Violet encounters resistance from her family, Hugh must deal with a visit from his brother Kit, who previously betrayed Hugh by stealing Hugh’s sweetheart.

Can Violet find the courage to do what she believes is right? Can Hugh forgive his brother’s past transgression? Can Violet and Hugh find happiness with each other? All these questions will have readers rapidly turning pages.

Sandra, how did you develop the idea for this story and why did you decide to focus on Violet and Hugh?

Paula, thank you for inviting me to talk about The Yuletide Angel.

I set out to write a Christmas novella and tried on various plots and characters, both historical and contemporary. Among the ideas, I wrote about 1,800 words set in the late 1800s (what became, basically, the first two scenes of the novella). However, with no clue what the story was actually about, I settled on writing a contemporary. Lacking a chapter of finishing, I decided I disliked the story and went back to peruse the previous ideas. When I read what I had written on the historical, everything clicked, and I knew this was the one God had in mind.

In Violet’s original scene, she was much less accepting of her brother’s engagement, but I felt her character was headed for trouble—that she’d be too unlikable. Also, Hugh’s first scene began as an exercise in mood, so I needed a reason for him to be out late at night. That’s when the secretive Yuletide Angel was born.

Currently, you are working on a novel about Hugh’s brother Kit. Did you always plan to write about Kit or did your fascination with him grow as you wrote The Yuletide Angel?

When I read a novel, I invariably find a secondary character or two I want to get to know better. It’s no different when I write. I needed a problem/conflict for Hugh, so I gave him trouble with his younger brother over an incident that happened five years earlier. Once Kit appeared, I kept mulling over ways in which I could give him his own happy-ever-after. That book, tentatively titled A Reluctant Melody, is scheduled for an early 2016 release. It brings Kit together with the woman with whom he once betrayed Hugh—fireworks in the making!

Will Hugh and Violet appear in Kit’s story or in future stories of their own?

Hugh and Violet will not appear in A Reluctant Melody, although they are mentioned several times since so much of the backstory involves Hugh. As for future stories …?
Susan, with your love of history and romance, I can see how you were an excellent editor for Sandra. Please tell us how you came to take on editing duties with Lighthouse of the Carolinas.

My selection by Lighthouse Publishing of the Carolinas to work as one of their editors was one of those “for such a time as this” moments, when pieces of a puzzle came together in God’s perfect timing.

Over the past 35 years, I’ve strived to hone my craft by reading books about writing, attending conferences and workshops, and being a member of a writers’ critique group. I’ve learned quite a lot (and have more to learn), and wondered how I could share that knowledge.

After LPC decided to publish two of my historical suspense novels next year, I began a cordial relationship with staff members, who were impressed with the quality of my novels as far as the writing, editing, and especially the spelling, grammar, and formatting. Through conversations with LPC, they asked if I would like to be an editor for them.

The timing was right in that I recently retired after working fulltime 45 years. Can you imagine my joy? I get to work–from my home—with excellent authors and to read historical fiction–and get paid for it.

What did you most enjoy learning about the historical period when Sandra’s novella takes place?

My area of historical expertise includes the American Revolutionary War and the Civil War, so when I was asked to edit The Yuletide Angel, which takes place in 1890, I wondered how much research I’d have to do. Which was fine with me, because I’d rather research than write.
I had fun learning about the history of glass making. This came about because Sandra mentions the “plate-glass window” in Hugh’s store. I wondered if that was a modern term, and set about my research journey. I was fascinated by learning about the use of glass as a building material on display at The Crystal Palace of 1851, built by Joseph Paxton to house the Great Exhibition.

Because this blog is The Stiletto Gang, shoes and accessories are frequent topics of discussion. Sandra, let me ask you to respond to a question that Susan suggested. At Violet’s brother’s wedding, what kinds of shoes would the bride and Violet be wearing?

Good question and one I didn’t address in the story, so I’ll do so here. Lila, the bride, wore ivory satin tie shoes with floral-patterned beadwork to match the beadwork on her ivory satin gown. By this time, Violet was becoming more bold in her choice of attire and shaking off the black in favor of brighter colors like red. However, she didn’t want to show up the bride and chose a velvet dress of deep purple and matching purple satin pumps with a purple bow on top. Both pairs of shoes had a thick, flared heel no higher than two inches. It’s amazing how fashion is repeated over time. It isn’t uncommon to see similar heels today. You’ll find examples on my Pinterest board for The Yuletide Angel.

Susan, here’s a similar question for you: in your Revolutionary War novel, The Chamomile, a wedding occurs. What shoes did your bride wear and what special accessory did she carry?

I had such fun chatting with naturalist, Rudy Mancke, asking him, “The wedding between Lilyan Cameron and Nicholas Xanthakos takes place in May 1781 in the South Carolina swamps near Charleston. What would my bride carry in her bouquet?” When Rudy mentioned that orchids grow wild in those swamps, my scene was born. In that scene, Brigadier General Francis Marion, Nicholas’s commander, has one of his men present Lilyan with an orchid he spent hours searching for in the swamps. The other camp followers offer Lilyan a blue mantua dress, a kerchief, and slippers. Her brother, Andrew, drapes the clan Cameron scarf across her shoulder and pins it with the clan brooch.

Thank you both for being with us today. Please let me highly recommend Sandra Ardoin’s and Susan F. Craft’s work. They each portray fascinating characters and convey historical periods in excellent narratives. Treat yourselves and others to their stories. 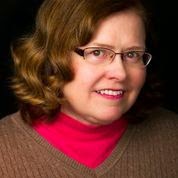 A legislative attorney and former law librarian, Paula Gail Benson’s short stories have been published in Kings River Life, the Bethlehem Writers Roundtable, Mystery Times Ten 2013 (Buddhapuss Ink), A Tall Ship, a Star, and Plunder (Dark Oak Press and Media, 2014). Her most recent story, “Moving On,” appears in A Shaker of Margaritas: That Mysterious Woman (November 2014).